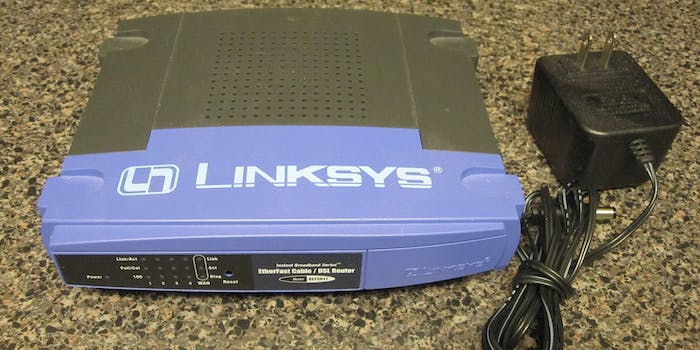 The FCC on Thursday took a key step toward its goal of universal Internet access in the United States.

Commissioners voted along party lines to expand a phone-service subsidy program for low-income Americans that would let them instead spend the money on broadband connections.

“At a time when America does business online, why should we continue to spend ratepayer funds only on 20th-century narrowband service?” FCC Chairman Tom Wheeler said just before the vote. “Why shouldn’t we expect that their money will be going to solve modern problems?”

The commission’s 3-2 vote to expand and modernize the so-called Lifeline program marked a victory for Commissioner Mignon Clyburn, a Democratic appointee who has consistently defended the program. During her pre-vote testimony, Clyburn stressed the importance of Internet access to low-income individuals and obliquely criticized her Republican colleagues for their opposition to the program.

“The time is now to shed that 20th century Lifeline voice-only product and adopt a 21st century model,” she said.

Lifeline, which was created during the Reagan administration to subsidize phone service, distributes $9.25 per month to eligible American households. If the FCC implements its modernization plan, that subsidy amount would stay the same, but it could be applied to Internet service in addition to phone service.

Lifeline is one part of the broader Universal Service Fund, which collects money from telecommunications companies and channels it to four main programs: Lifeline; the Connect America Fund, which subsidizes telecom companies’ expansion of broadband to rural areas; a rural health-care program, which expands telemedicine and other digital health solutions; and the E-Rate program, which subsidizes Internet for schools and libraries.

Congress has been investigating reports of waste and fraud in the Lifeline program. The Senate Commerce Subcommittee on Communications, Technology, Innovation, and the Internet held a hearing on June 2 called “Lifeline: Improving Accountability and Effectiveness.” Conservative witnesses and Republican lawmakers criticized the FCC for what they said was ineffective oversight of the program, and they warned against any votes to expand it without significant reforms.

“We are not convinced that the measures taken by the FCC to address waste, fraud, and abuse are sufficient to warrant the expansion of the program,” the senators said. “Regardless if Lifeline is expanded to include broadband, we urge the FCC to adopt critical measures to restore fiscal responsibility to ensure that the program serves those who truly need it.”

Conservative FCC Commissioner Ajit Pai slammed his liberal colleagues in testimony before the vote. “Instead of fixing the program,” he said, “[the FCC] proposes to expand an open-ended, spendthrift entitlement. This is irresponsible.”

Michael O’Rielly, the other Republican commissioner, said that Wheeler, Clyburn, and Rosenworcel wanted to “spend as much as they possibly can without any hint of restraint before a possible change of administration.”

Consumer advocacy groups were quick to praise the FCC’s move, with Edyael Casaperalta, Internet Rights fellow at Public Knowledge, saying in a statement, “The Notice [of Proposed Rulemaking] acknowledges the critical role the Internet plays in the daily lives of all Americans, including low-income communities, by providing access to employers, schools, health care providers, family members and other services.”

The FCC’s vote is not the final step in expanding Lifeline to the Internet. As with the commission’s net-neutrality rulemaking, the Lifeline vote sets up a public comment process and leaves open the possibility of changes to the final regulatory order.

Photo via Michael Lehenbauer/Flickr (CC BY 2.0)