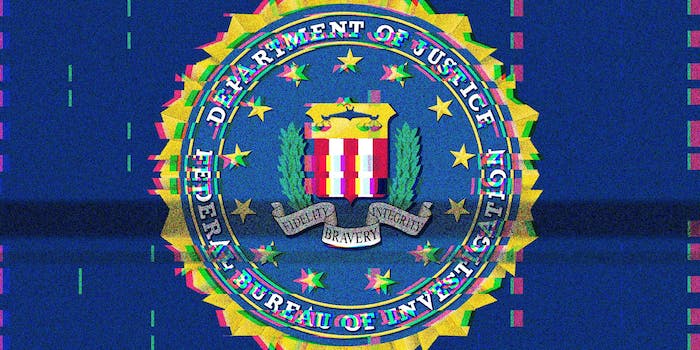 A technical glitch in the FBI system created an online firestorm.

On Thursday, the FBI released its long-awaited Inspector General report on the Bureau’s behavior during the 2016 election. It found that while several FBI employees exchanged personal texts about their dislike of then-candidate Donald Trump, the actions of the FBI did not include “political bias” that may have “directly affected” the agency’s actions.

But the report did reveal a lack of technical sophistication.

Buried at the end of the 560-page report is a small section addressing the tweets of @FBIRecordsVault, an automated Twitter account for the FBI that tweets out FOIA requests that have been processed and logged in the FBI’s system.

In the run-up to the election, just over a week before Election Day, the account tweeted out files it had on on both the Clinton Foundation and candidate Hillary Clinton.

William J. Clinton Foundation: This initial release consists of material from the FBI's files related to the Will… https://t.co/Y4nz3aRSmG

Both of those tweets garnered a significant amount of attention online (a subsequent tweet about files on Fred Trump—Donald Trump’s father—passed without much fanfare).

The Hillary Clinton files received so much attention as they came just two days after FBI Director James Comey‘s letter to Congress announcing the reopening of the investigation into Clinton’s emails. The timing led many to speculate that the agency was trying to influence the election.

The FBI denied the accusation, calling it a technical glitch, and promised to open an internal investigation.

The Inspector General’s report concluded the agency acted correctly and that the Twitter account didn’t act out of political bias.

From the Executive Summary:

In response to multiple FOIA requests, the FBI Records Management Division (RMD) posted records to the FBI Records Vault, a page on the FBI’s public website concerning the ‘William J. Clinton Foundation.” The @FBIRecordsVault Twitter account announced these posting later the same day. We concluded that these requests were processed according to RMD’s internal procedures like other similarly sized requests, and found no evidence that the FOIA response was expedited of delayed in order to impact the 2016 election. We also found no evidence that improper political considerations influenced the FBI’s use of the Twitter account to publicize the release.

The internal investigation, released (ironically also on Twitter) found that the tweets weren’t intended to influence the election. Instead, a technical snafu managed to magnify the fact that Clinton was under FBI investigation.

The @FBIRecordsVault automatically tweets anything that’s posted to the FBI Vault, a computer database that hosts information requested through FOIA more than three times, so the agency doesn’t have to repeatedly send out documents.

Due to an apparent lack of interest in the account, no one noticed it was broken until the FBI redid its website in July and other feeds went down.

The week before the Clinton tweets, unbeknownst to many in the department, the @FBIReccordsVault was finally fixed, resulting in the release of a backlog of 22 FOIA requests on Twitter.

At the time, people on Twitter suddenly thought the FBI was releasing information to affect the election. In reality, the FBI didn’t even notice what was happening.

The timing couldn’t have been worse. The files on Hillary Clinton were approved to be released to the public in September, nearly two months before the election, after over 90 requests were made for them.

Had the files been released at the beginning of September, they may not have caused quite the same Twitter storm that the @FBIRecordsVault messages did.

In this case, however, it wasn’t FBI bias—just a lack of tech savviness.

You can read the entire internal investigation here.