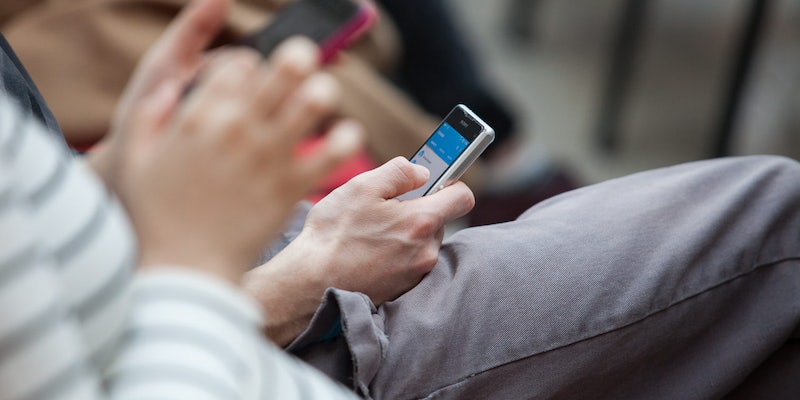 Photo via Strelka Institute for Media, Architecture and Design/Flickr (CC-BY)

There is finally a viable tactic for battling Facebook’s “fake news” problem, after months of brainstorming.

Last week Facebook implemented a feature that flags stories that are “disputed by multiple fact-checkers” before a user posts the link. The feature gained viral visibility after a story claiming Irish immigrants were slaves was flagged.

In December, Mark Zuckerberg posted his concerns about “fake news” and assured users a fact-checking patent had been in the works since 2015.

The story, from entertainment blog Newport Buzz, was widely shared on Facebook before St. Patrick’s Day. Some users began experiencing a pop-up message when trying to share the story, claiming the link’s credibility was disputed by the Associated Press and Snopes.

The feature isn’t available everywhere yet, though, which likely means Facebook is testing it on a smaller population right now. The Guardian claimed it was able to use the feature on the “Irish slaves” story in San Francisco, but not in Sydney or London.

When trying to post this particular story, Facebook gives a red message at the bottom, simply saying it’s “disputed.”

After clicking on the original message, Facebook offers links to the sites’ fact-checking for users to refer to.

In a feature that started in December, posts have an option for other users to flag news stories as being false. Yet Facebook users have mixed feelings about the option, and some are worried it’s causing true stories to be flagged as fake.

Trump supporters & others are losing their minds that Facebook is now showing this warning when they share a certain "Irish slaves" article pic.twitter.com/fzeU8ZOzjb

The fact that @facebook and @snopes "dispute" a story is the best endorsement a story could have… pic.twitter.com/rskoJgzF6w

can't believe Facebook would dispute that the Irish were slaves too. What's their agenda? https://t.co/uIaIOifCja

Ultimately Facebook allows users to use their best judgment, and still leaves the ability to post the disputed information. However, when the link shows up in friends’ timelines, a note that the story is disputed will still show up below the post.