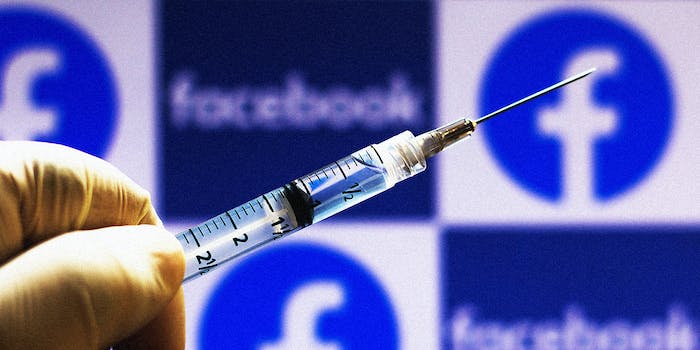 Fake accounts told users that the AstraZeneca vaccine would turn them into chimpanzees.

Facebook shut down more than 300 accounts tied to a Russian advertising agency this week that had previously attempted to pay influencers to spread anti-vaccine content.

The campaign, carried out by the marketing firm Fazze, used fake accounts to spread false claims about the COVID-19 vaccines produced by Pfizer and AstraZeneca.

In total, the social media company said it removed 65 Facebook accounts and 243 Instagram accounts that had targeted its disinformation at users in India, Latin America, and the U.S.

Yet the campaign, which even spread posts alleging that the AstraZeneca vaccine would turn individuals into a chimpanzee, was largely unsuccessful.

Although Facebook did not comment on what it believed Fazze’s motivations were, some analysts believe the campaign is intended to bolster Russia’s Sputnik V COVID-19 vaccine.

And while the firm’s efforts failed to gain traction on social media, researchers say their actions are noteworthy given that they had also tried to pay influencers to spread anti-vaccine content.

As revealed in May, numerous social media influencers in Europe revealed that they had been approached by the firm and offered money in exchange for posts disparaging Pfizer and AstraZeneca.

In a conference call on Tuesday, Nathaniel Gleicher, Facebook’s head of security policy, described the firm’s setup as sophisticated.

“Although it was sloppy and didn’t have very good reach, it was an elaborate setup,” Gleicher said.

Facebook also revealed that some influencers had actually shared misinformation on behalf of Fazze but later deleted their posts when reports about the firm’s campaign emerged.