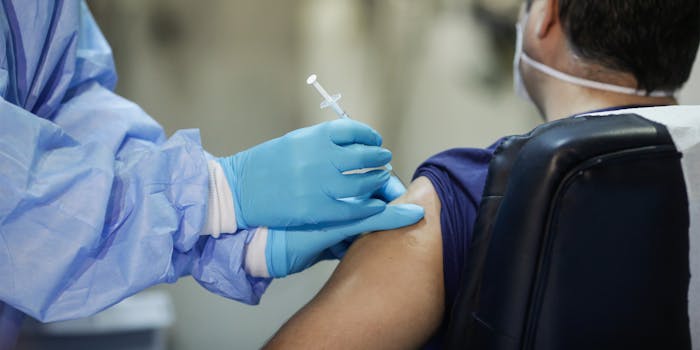 Social media influencers in Europe say they were contacted by a mysterious PR agency that asked them to claim that COVID-19 vaccines had caused hundreds of deaths.

The PR agency, which claimed to be based in the U.K., reportedly offered to pay prominent influencers in France and Germany so long as they agreed to spread false claims about the Pfizer vaccine, negatively comparing it to AstraZeneca.

Known only as “Fazze,” the self-described “influencer marketing platform” asked the social media users to “explain” how “the death rate among the vaccinated with Pfizer is almost 3x higher than the vaccinated by AstraZeneca,” according to the Guardian.

The influencers were also told to provide their followers with links to a report in the French newspaper Le Monde that referenced a leaked report backing up the claims.

Only the article in question, which discusses how Russian hackers stole and later leaked data from the European Medicines Agency, never makes any references to vaccine deaths as the PR agency claimed.

Other requests included asking the influencers to use several talking points accusing “the mainstream media” of ignoring the data.

“Why some governments actively purchasing Pfizer vaccine, which is dangerous to the health of the people?” another false talking point said.

The PR agency even urged the influencers to avoid using the terms “advertising” or “sponsored” in their posts in order to make it appear as if the content was “presented as your own independent view.”

Data on LinkedIn about Fazze’s CEO, which has now been deleted, claimed that the organization was actually operating out of Russia.

“French media have pointed to the similarities between Fazze’s message and the official Twitter account of Russia’s Sputnik V—a viral vector vaccine like AstraZeneca—which has repeatedly claimed ‘real world data’ shows they are ‘safer and more efficient’ than mRNA vaccines,” the Guardian continued.

It remains unclear thus far whether any of the influencers contacted agreed to the terms.