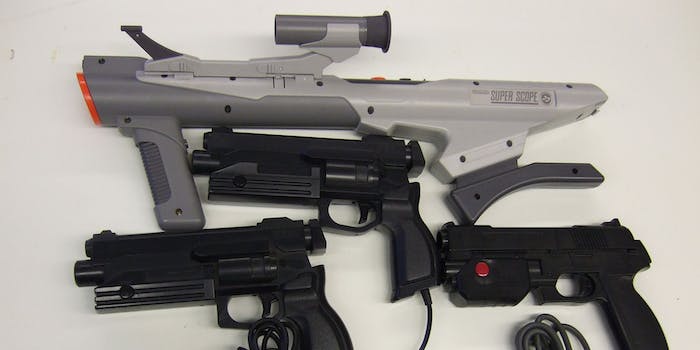 Facebook announced extra “education and enforcement” measures to crack down on gun sales.

But Facebook is making efforts to reduce the illegal sale of firearms on its services. The social network announced a policy change that includes increased educational and enforcement measures to get people to stop using its platforms to buy and sell guns.

Here are the new measures:

The social network is responding to increased pressure from activist groups like Americans for Responsible Solutions and Sandy Hook Promise.

“Facebook has taken a significant step for gun safety. We were pleased to work with Facebook on a new set of policies that protect the safety of users, particularly children, educate its users about lawful and responsible firearms transactions, and help prevent illegal activity from occurring. Specifically, the new initiative will block children from viewing firearms sales ads, inform users of the law and responsible approaches to gun transactions, and help enforce the law by deleting posts that encourage no-background check or illegal sales. While Facebook is making a serious effort to ensure safe and responsible compliance with our nation’s gun laws, we know that our laws must be strengthened. Providing background checks for internet sales is commonsense policy that allows law abiding Americans to safely exchange guns,” ARP and Sandy Hook Promise said in a joint statement.

It’s definitely a good first step, but it still allows plenty of room for arms dealers to continue illicit trade. Facebook could improve enforcement by having a unit in place that actively trawls the website for evidence of illegal dealing. While the new measures bulk up response once a complaint occurs, pages that aren’t flagged can continue to operate unchecked.

“Facebook is not a commerce platform, nor do we allow advertising that promotes the sale or use of firearms. At its heart, Facebook is about helping people connect and share. We want to balance people’s interest in sharing what’s important to them, while promoting a safe, responsible community,” a Facebook spokesperson told Daily Dot.

Photo via Flickr/yuichirock (CC BY 2.0)