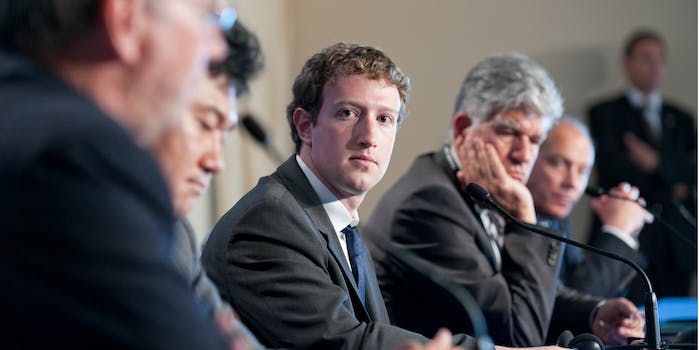 Facebook has responded to a study conducted by a former employee that accuses the social network of gender bias, and its explanation for the discrepancies reveals perhaps an even bigger problem at the company.

The five-year study, first reported by the Wall Street Journal, claims code written by female engineers at Facebook gets rejected more often than code written by men. The former Facebook engineer used approval logs to gather the data, which was allegedly presented to Facebook founder Mark Zuckerberg during an employee-only town hall meeting. The CEO reportedly admitted gender bias was “an issue” at the company. The data showed that female engineers received 35 percent more code rejections than men and that women had to wait 3.9 percent longer to get their code accepted. The anonymous source, who no longer works at Facebook, also said female employees face 8.2 percent more comments and questions about their work than men.

But Facebook insists the discrepancies aren’t caused by gender but by rank. It conducted its own study led by Jay Parikh, the company’s head of infrastructure, which reaffirmed the challenges Facebook faces hiring women into senior roles. Women make up only 33 percent of Facebook’s workforce, and only 17 percent hold tech roles. Of the shockingly low percentage of female employees, only 27 percent are considered to be in a leadership role, according to the company’s diversity report.

“As we have explained, the Wall Street Journal is relying on analysis that is incomplete and inaccurate – performed by a former Facebook engineer with an incomplete data set,” a Facebook spokesperson told TechCrunch. “Any meaningful discrepancy based on the complete data is clearly attributable not to gender but to seniority of the employee. In fact, the discrepancy simply reaffirms a challenge we have previously highlighted – the current representation of senior female engineers both at Facebook and across the industry is nowhere near where it needs to be.”

The Wall Street Journal said it was not able to independently verify the results of the analysis and did not critique how the study was conducted.