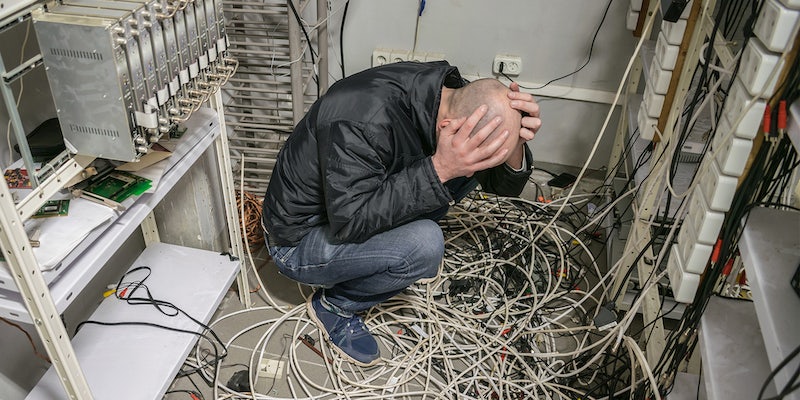 Two engineers said there isn't a 'single person that exists' who knows where all its user data is.

In recently released transcripts from a March hearing stemming from the Cambridge Analytica scandal, two Facebook engineers confessed that they have no idea where Facebook stores its user data.

The confession occurred during a hearing with court-appointed special master Daniel Garrie, who was tasked with resolving a disclosure disagreement. Garrie asked the two engineers if they could pinpoint exactly where Facebook stores personal data on its users. The engineers could not, raising further questions about the extent of data the company has on its users and how it could be accessed.

Garrie then asked how Facebook might go about tracking down user data associated with a given account. Zarashaw once again emphasized the complicated nature of recovering that data.

“It would take multiple teams on the ad side to track down exactly the—where the data flows,” he said. “I would be surprised if there’s even a single person that can answer that narrow question conclusively.”

The line of questioning arose as part of a Facebook user privacy suit, originally launched in 2018. As part of the lawsuit, the court ordered Facebook to turn over data it held on the plaintiffs. Facebook complied, but only provided the data any user can access through the app’s “Download Your Information” tool, contending that any data outside of this tool fell outside the scope of the lawsuit.

In 2020, the judge disagreed with Facebook, as it basically ignored the mounds upon mounds of data the social media company collects on user habits, the inferences it makes, and any outside partnerships the company had. The judge said Facebook’s original disclosure had been too sparse and said it must provide the data it obtains from surveilling user internet habits and the monetization predictions it makes about their next moves.

But, as the two engineers noted, that task was nearly impossible.

The engineers seemed to be in charge of a machine that hid things from the very people who created it, or at least stored things in places they weren’t even aware of. And, as the special master pointed out, if the engineers didn’t know where the full extent of user data was stored, how could anyone be sure the “Download Your Information” feature actually includes all of a given user’s data.

The problem, the engineers said, is that as Facebook continued to grow it never bothered to create internal systems about where your data goes, what part of the system is using or storing it, and who has access to that system and therefore that data. There is no documentation of what exactly happens to data once Facebook has it because it’s just not something the company has ever done.

“It is rare for there to exist artifacts and diagrams on how those systems are then used and what data actually flows through them,” Zarashaw explained.

When the master seemed stunned by this, Zarashaw attempted to reassure him.

“For what it’s worth, this was terrifying to me when I first joined as well,” he said.