The astrological implications of Facebook naming its cryptocurrency ‘Libra’

Since Facebook announced its new cryptocurrency on June 18, the tech world has been abuzz with big questions. Can we trust Mark Zuckerberg with our wallets? Could Facebook disrupt the global economy? And…is it even really a cryptocurrency?

But the most important question of all has yet to be asked. Until now. When a mega company like Facebook names its cryptocurrency after a zodiac sign—Libra, yes Libra—what are the astrological implications?

Whether you’re a diehard astrology fan or a deep skeptic you’ve got to admit, when you name your cryptocurrency Libra you’re basically begging for a reading. So here are seven qualities of Libras, and what they mean for the most talked about cryptocurrency on the internet.

Libras are champions of diplomacy…

Libras are known as the peace-maker sign. They are ruled by air which represents thought and logic. They can see both sides of an issue and weigh things in a fair and balanced way to make decisions that appeal to the majority. Gandhi was a Libra. So is Bruno Mars. They can potentially create long-lasting social change! Or just get everybody on the dance floor with a crowd-pleasing bop.

If Libra is everything Facebook hopes it will be, who knows, maybe this new crypto could bring people together, or even be a wonderful tool for social progress.

At the very least, the Libra white paper is filled with some pretty dope ideals like, “We believe that people have an inherent right to control the fruit of their legal labor.” I think we can all get on board for that.

It also states, “We believe that we all have a responsibility to help advance financial inclusion, support ethical actors, and continuously uphold the integrity of the ecosystem.” Even if you’re wary of Facebook and their methods, it’s hard to argue that giving more people more power over their money is a bad thing.

…but they’re driven by fantasy

Unfortunately, airy Libras also like to live up in the clouds instead of down here on earth.

They get so wrapped up in their fantasies of the way things could be that they often overlook key details. If you’ve ever had a Libra friend, they are notoriously flaky. It’s not that they don’t want to show up for you. They just believed they could do it all and they tend to bail at the last minute, when they realize they can’t.

So no matter how much the folks at Facebook might believe in the lofty ideals put forth in the white paper, that doesn’t mean they’ll necessarily deliver the goods.

For example, the idea of making the global economy more inclusive isn’t backed by any clear cut plans. Facebook points out that many people who are excluded from the banking system still have smartphone access, but there’s no clear plan for how someone who can’t get a bank account or a credit card would actually be more included by this system.

Would Facebook users around the globe potentially pick up a Libra card that they load to an account from a local store? Would they be able to buy Libra with cash? And what would happen if they wanted to convert their Libra back into a local currency in order to purchase goods in their local community? Would people end up trapped in a Libra economy where they must then purchase all their goods online, from Facebook and its affiliates?

In short, the fantasy of what Libra can deliver sounds lovely, but the brass tacks of how they will deliver are totally up in the air.

At their best, Libras know how to make their world beautiful. Art, music, fashion, gourmet cuisine: Libras love to have and create the finer things in life. They don’t care if it costs a pretty penny. And so far Facebook sure is making Libra look cute. The website for Calibra, the digital wallet component that Facebook users will use to send and receive money, is colorful and engaging. It’s filled with images of diverse, attractive users, young and old. 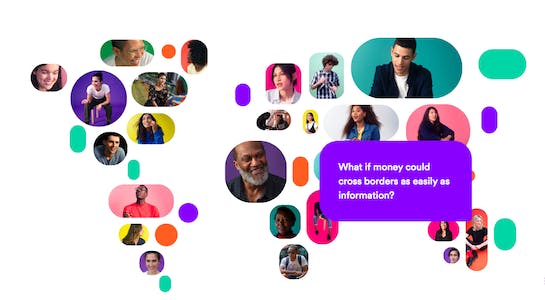 And screenshots of imagined transactions.

Facebook has taken heat for its design flaws in the past, and with Libra they appear to be trying to correct that with an aesthetically pleasant user experience.

It seems that Libra will be, at minimum, visually pleasant to use.

…but they tend to lack originality

Just because Libras want to look cute that doesn’t mean they have the vision to become style icons. In fact, Libras tend to love trends and high fashion. They choose and borrow inspiration from the best of the best to create a style that’s generally pleasing but can lack individuality.

The symbol for Libra, three squiggly, sandwiched lines, is pleasing to look at, but it’s perplexingly familiar. If you’re an astrology buff you’ll probably notice at first glance that it looks more like an Aquarius symbol (two squiggly lines that represent water) than Libra’s balance. But any good Libra would argue cute doesn’t have to be logical! Please see Kim Kardashian’s many Met Gala looks for reference.

Calibra has also been accused of totally ripping off its design from digital banking company Current. Not only that, it seems like the (possibly) stolen design is a watered-down less interesting version of Current’s brand logo. When Calibra unveiled its design, the folks at Current quickly took note and tweeted a cheeky dig, with the nearly identical symbols side by side. “When you only have one crayon left,” they tweeted.

this is what happens when you only have 1 crayon left pic.twitter.com/2JY5JfesQD

The Libran trait that people are probably most worried about, and with good reason, is the undying passionate love of gossip.

Libras can’t help it. They just love a good juicy tidbit. They need to know the details and they cannot keep a spicy story to themselves.

Given Facebook’s history of collecting and sharing user data in unethical ways, not to mention Mark Zuckerberg’s history of calling Facebook users “dumb fucks,” it’s hard to imagine a world in which Libra isn’t just one more way Facebook plans to spy on users and exploit their data.

I mean, sure you could argue that they are just curious and won’t use the data in a harmful way, but would you really want anyone who’s done you so dirty poking around the intimate details of your financial life and relationships? If Facebook wants Libra to be the mega-giant they’re hoping it can be, they’re going to have to work pretty hard to establish greater trust with their users. Unless Zuckerberg’s right and we really are all that stupid…

…but they want to be loved by everyone

In spite of their misdeeds, Libras are desperate for your affection.

Libras need to know that they are liked otherwise, they kind of have a meltdown. What does this mean for Facebook’s cryptocurrency?

Well, don’t expect it to go away quietly. Facebook only just announced Libra a week-and-a-half ago, but I’d expect some major marketing pushes before the official launch of Calibra. They will push the do-gooder angle of their product extensively. And if (or more likely when) they disappoint users, they will go to great lengths, and spend great amounts of money on even more marketing to make themselves look good.

On the one hand, this *might* lead to them actually doing some actual charitable work to get in our good graces. Libras are master apologizers and after they’ve disappointed you they will bend over backwards to show you they aren’t “bad” they just need a second chance! On the other hand, talk is cheap and Facebook is notorious for delivering empty apologies. Remember Zuckerberg’s lackluster performance at the Facebook congressional hearings? Whatever fouls or crimes the Libra Blockchain commits, they’ll likely insist they didn’t mean any harm, but they are so so so sorry and we have to forgive them anyway because they love us, they really do.

You can trust them…until you can’t

All this said, Libras make darn good friends. Their loyalty, once given, lasts a very long time. Sure they have a reputation for being wishy-washy, but you know at least they’re not Geminis.

Except Libra was announced on June 18th. So actually, Libra isn’t a Libra at all. It’s a Gemini! The notorious two-faced trickster of the signs. If that isn’t suspect enough, there already is a cryptocurrency out there named Gemini, and guess who’s behind it? The Winklevoss twins. Remember them? Those jumbo blond Harvard boys who Zuckerberg ripped Facebook from in the first place? Yep, those Winklevoss twins. They announced Gemini back in February of 2014!

So, it’s possible that, in true Gemini fashion, Libra is a petty prank gone too far. I’m not saying Libra isn’t a real project that will do real things, I’m saying it is very, very possible that Mark Zuckerberg, who truly needs no more money, loves nothing more than torturing the Winklevoss twins and naming his cryptocurrency Libra was too *chefs kiss* good for him to pass up. I mean, he’s a Taurus. They never let a grudge go. Literally never.