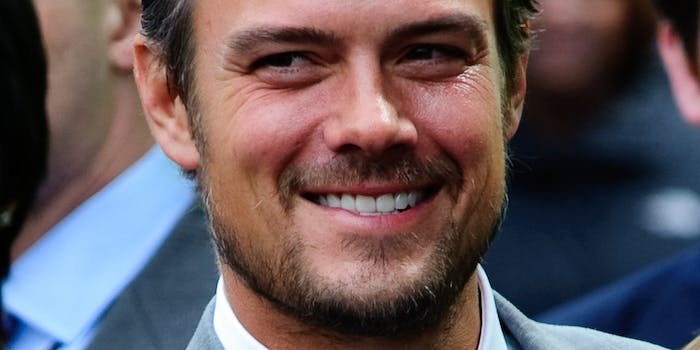 Facebook is doing so many things right recently: stocks are soaring, the company is killing it in the mobile revenue department, and the new Paper app looks like a winner. The social network’s continued successes are nothing to snicker at or dismiss. But it’s very easy to laugh at Facebook’s attempts to curate a “cool” celebrity Super Bowl posting lineup.

In a misguided attempt to stimulate the kind of real-time posting flurries that occur on Twitter whenever a major event like the Super Bowl occurs, Facebook is hosting what it’s calling a “Watch With” party featuring a roster of famous people. And a pitch letter to a Facebook employee acquired by Re/code and confirmed by Facebook revealed that the social network bartered publicity for participation with these celebrities, which adds a hearty dollop of desperation to the proceedings. They’ve even invented hashtags (#FBWatch and #SB48) to encourage users to use their status updates in the same way people tweet.

There’s nothing inherently wrong with any of these famous people. Williams, Jones, Ayanbadejo, the McCourty twins, and Fitzgerald are NFL football players, after all. But it’s bizarre that Facebook is presenting this lineup of B-list celebrity athletes, Fergie’s husband, and Queen Latifah like it’s a reason to pay attention on Sunday.

After all, if people want to watch the game with a second-screen experience, it’s a bit much to go back and forth between Facebook and Twitter, especially when Twitter has already established itself as a far more interesting destination for real-time event talk.

If you want to hear what the jock from your high school who stopped working out and started posting incessantly about home repairs thinks about the Seahawks and Broncos, sure, check Facebook. If you want to see what a much wider cross-section of people think about the game, Twitter is where it’s at, and dangling Josh Duhamel in front of us isn’t going to help convince people otherwise.

Facebook’s recent strategy to focus on standalone mobile apps is brilliant; it augurs well for the company’s future because it shows original thinking and a willingness to shed an old identity for a new one. That’s why moves like this are so disappointing: They show that Facebook’s unspoken and unsuccessful strategy, to try to be more like Twitter (the hashtags, the trending topics, the verification checks, I could go on…) remains in play. Facebook is best when it evolves new features and projects, not when it rips them off rivals.