Facebook will now hide your ex after a breakup

Breakups are never fun, and having to see your ex-significant other in Facebook posts, photo albums, and events is just salt in an open wound. Now, the social network is taking steps to make sure your tormented heart gets a clean break in the wake of a split.

Facebook’s new ex-silencing features leap into action when you change your status to indicate that you’ve just gotten out of a relationship. Ticking that “Single” box will give you the option to “Take a Break” from seeing updates about your ex. 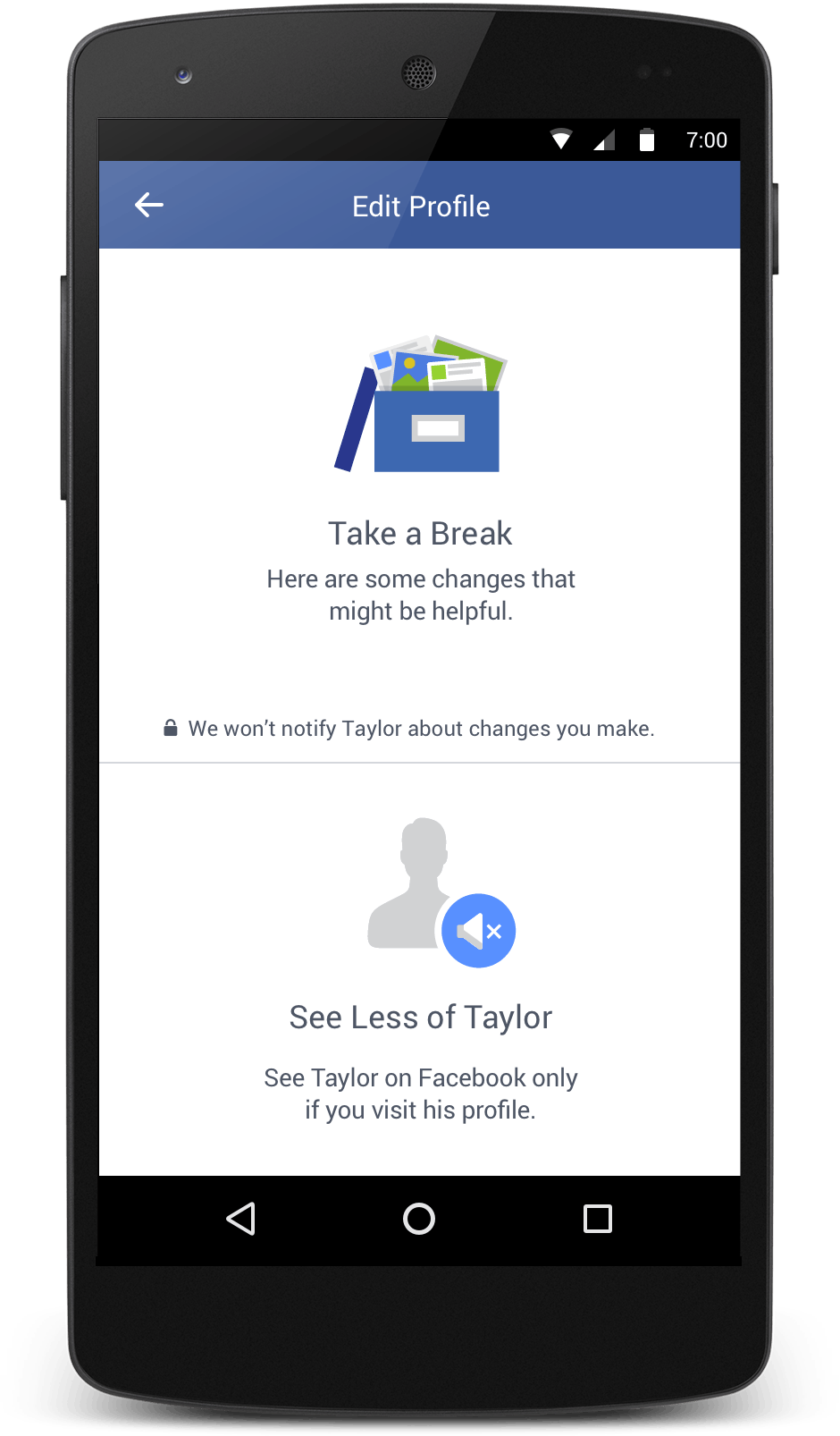 If you choose to avoid your former flame you’ll see fewer updates from them in your feed, their name and picture won’t appear as suggestions when typing a new message or post, and they won’t appear as tag options in photos. You’ll also see fewer of their photos and videos. 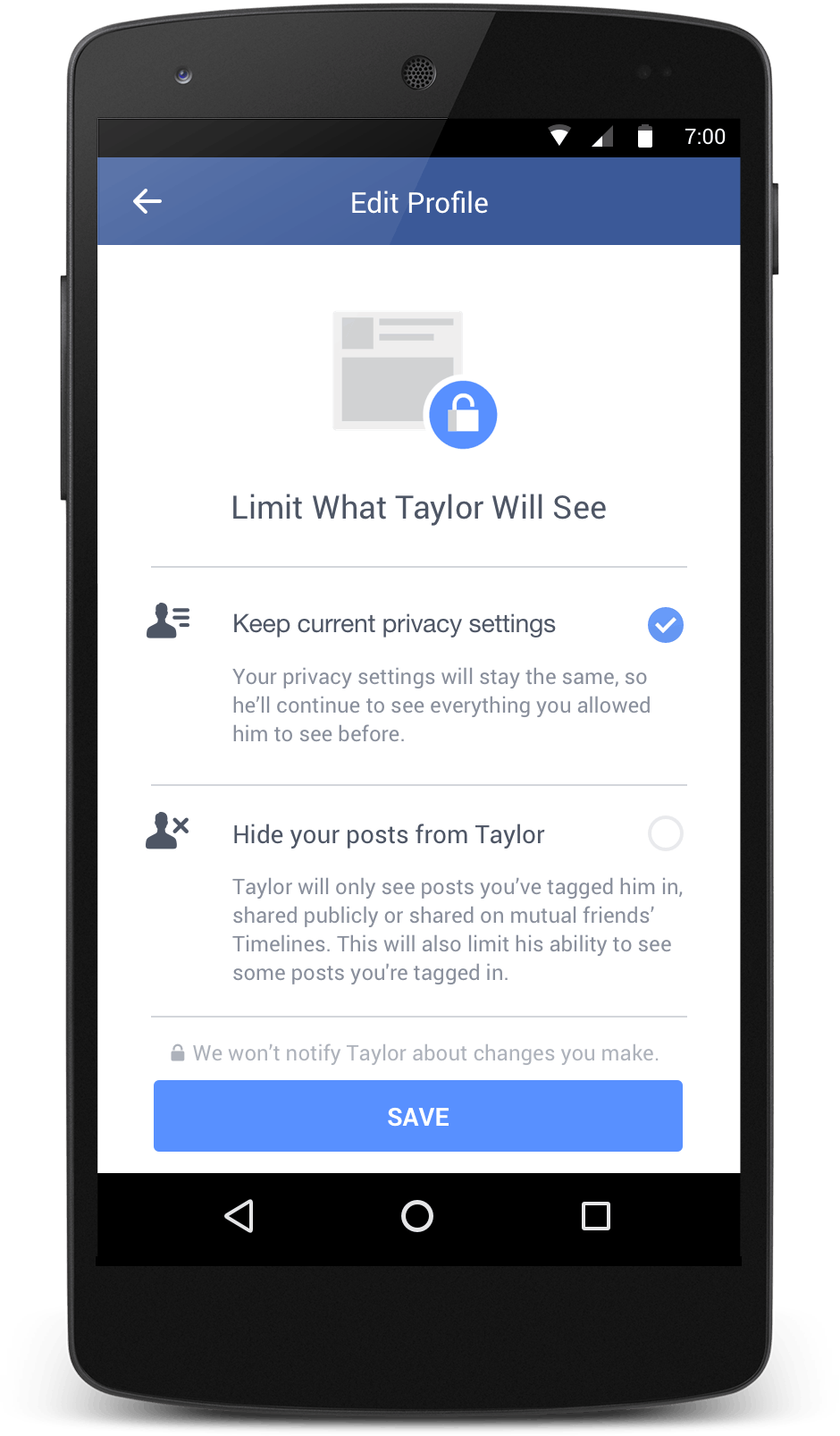 You can also take the next step and turn the silent treatment into a two-way street, preventing your ex from seeing your own posts and updates as well. They’ll still be able to see your updates if you choose to tag them, but let’s be honest, it’s probably best to just avoid them for a bit.

Facebook is testing the new features beginning today via the social network’s mobile app and will roll them out on a wider basis if they are well received.