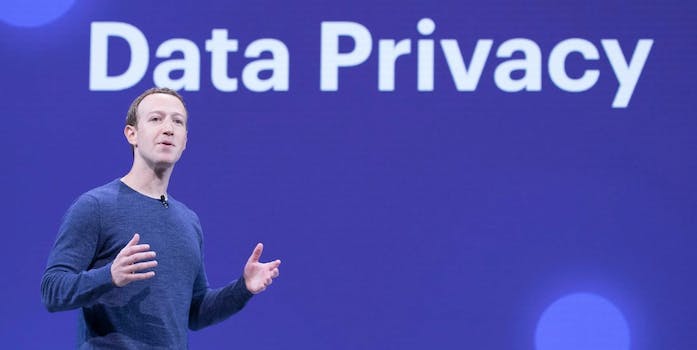 Facebook attacks Apple for cracking down on data gathering

Facebook is taking out full-page ads in major newspapers today to criticize a change Apple is making to its software that would allow users to restrict the amount of data apps can gather for targeted advertisements.

The ads are running in the New York Times, Wall Street Journal, and Washington Post, according to Bloomberg. The social media giant has also launched a website that blasts Apple’s change.

Apple’s new update for iOS 14 will require apps to receive “user permission to track users across apps or websites owned by other companies, or to access the device’s advertising identifier.” As the Verge reported in September, that privacy feature is expected to go live early next year—which explains Facebook’s pushback now.

The update will show iPhone users a popup for each app warning them that the app is tracking data for advertising and will give them an option to opt-out, CNBC reports.

In the newspaper ads, Facebook says it is defending “small businesses,” asserting that the Apple changes will hurt them. Facebook relies heavily on targeted advertising.

“We’re standing up to Apple for small businesses everywhere,” the ad begins.

They’re also standing up for Facebook, though. Because Facebook has become an advertising behemoth, Apple allowing its users to cut off access to data that feeds the social media giant’s advertising apparatus would clearly affect its bottom line.

It continues: “Many in the small business community have shared concerns about Apple’s forced software update, which will limit businesses’ ability to run personalized ads and reach their customers effectively.”

The ad goes on to say that without personalized ads, the social media giant’s data shows that a small business advertiser would “see a cut of over 60% in their sales for every dollar they spend.”

Facebook’s fight with Apple over the privacy-focused change stretches back months.

In August, Facebook warned that the change “may severely impact publishers’ ability to monetize through Audience Network on iOS 14, and, despite our best efforts, may render Audience Network so ineffective on iOS 14 that it may not make sense to offer it on iOS 14 in the future.”

Facebook’s Audience Network is a service that allows advertisers to extend their Facebook ad campaigns to other apps using the same data they have access to while advertising on Facebook itself.

Meanwhile, last month, Apple responded to a letter from civil and human rights organizations that criticized the delay in the rollout of the update, according to 9 to 5 Mac.

In that response, Jane Horvath, Apple’s senior director of global privacy, called out Facebook by saying that the social media giant’s intent “is to collect as much data as possible across both first and third party products to develop and monetize detailed profiles of their users, and this disregard for user privacy continues to expand to include more of their products.”