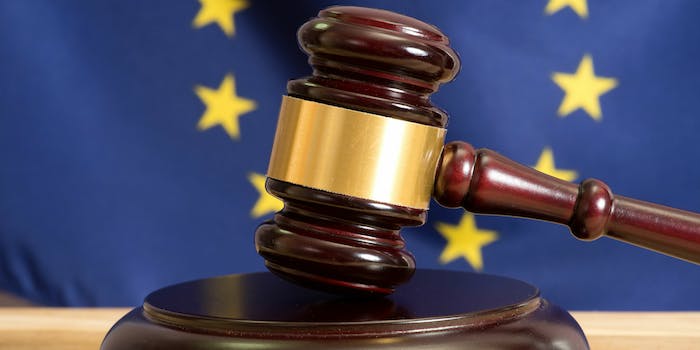 It could do a lot more than kill memes.

Recent European regulation is proving a heavy burden on any company with an internet presence. The E.U. brought the General Data Protection Agency (GDPR) into effect last month, forcing practically every firm that does business in the region to rewrite their privacy laws. Now a new copyright regulation is threatening to upend how the internet functions.

The first major change to European copyright laws since 2001, the Directive on Copyright in the Digital Single Market was designed to be a progressive move to keep up with the profound changes brought on by the digital age. But its extreme measures and vague phrasing have many experts, lawmakers, and internet users worried.

The proposed bill puts pressure on companies to police their sites of any offending content. Article 13 and Article 11 are the most contentious sections of the law; many critics feel they are heavy-handed and could undermine certain freedoms that hold the internet together. We’re going to take a closer look at those specific regulations to see why they’re causing such uproar.

Concerns surrounding the proposed copyright changes revolve around this specific passage. Article 13 places more responsibility on website owners to ensure the content published to their sites abides by established copyright laws. Any sites that host a large amount of content would be expected to define best practices for policing content.

That could include using “content recognition technologies” or upload filters to match content against a database of copyrighted works. For example, if someone posted a video to a social media site, that site would be responsible for ensuring the clip isn’t uploaded if filters determine it contains copyrighted material.

These strict regulations have people fearing the death of memes, Wikipedia entries, and other remixed content. That’s because filtering algorithms aren’t very smart. For example, they can’t differentiate parody from infringed content, which could spell trouble for legitimate posts that remix copyrighted works. One such filtration technology—YouTube’s Content ID system—has also been plagued with abuse complaints since its launch. The filters could also put a financial burden on small online publishers that don’t have the resources to license out such technology.

A previous directive on ecommerce protected publishers from copyright rules, declaring them “mere conduits” as long as the content they broadcast was not altered. The proposed changes would replace this exemption. If a site fails to ensure that the content posted to it, whether it be images, text, sounds, code, or other materials, doesn’t violate copyright, the site owners will be penalized.

Campaigns against the copyright bill specifically target Article 13, arguing it would impose widespread censorship. Last year, the Electronic Frontier Foundation (EFF) and 56 other organizations sent an open letter to lawmakers outlining their concerns with the passage.

“Article 13 appears to provoke such legal uncertainty that online services will have no other option than to monitor, filter, and block EU citizens’ communications if they are to have any chance of staying in business,” it reads.

The public outcry was joined by the voices of World Wide Web inventor Tim Berners-Lee and Wikipedia founder Jimmy Wales last week, when more than 70 technology influencers wrote a letter warning, in part: “The damage that this may do to the free and open Internet as we know it is hard to predict, but in our opinions could be substantial.”

Another section that has online advocacy groups up in arms is Article 11, which punishes companies from using short snippets of text from publishers. As Motherboard points out, the so-called “link tax” is being driven by publishers who feel Google, Facebook, and other news aggregators are profiting from their work.

While that sounds like it would benefit publishers by protecting their intellectual property, similar attempts in Germany and Spain have already failed and had serious consequences for news outlets. Spain’s version of the rule forced Google News to shut down, which ultimately hurt publishers by killing a previously viable traffic source.

What are the consequences?

Some outlets and critics have attempted to appeal to people’s emotions by declaring the new regulations would kill memes. That’s but one narrow consequence of a bill that could affect almost any form of content posted online.

If automated filters determine that a post contains copyrighted material, websites would have no other options but to remove it.

When does it go into effect?

The legislative committee of the E.U. approved a draft of the controversial rules Wednesday, June 20 by a vote of 13 to 12. It’s now set to be voted on in a plenary vote “expected sometime between December of this year and the beginning of 2019,” according to Gizmodo. But according to the Register, it could face criticism much sooner than that: The committee’s decisions are open to challenges by any member of the parliament and “will be mulled during a plenary session on July 2 before further action is taken.”

On July 5, members of the European Parliament voted 318-278 to allow further debate on the proposal before its passage, likely thanks in part to a Change.org petition against the current draft that had gathered over 875,000 signatures. MEP Catherine Stihler said the current proposal “does not achieve the needed balance” between the needs of rights holders and startups.

The next vote on the proposal will take place in September, giving several months for both sides to amend and adjust the text of the proposed law.

Great success: Your protests have worked! The European Parliament has sent the copyright law back to the drawing board. All MEPs will get to vote on #uploadfilters and the #linktax September 10–13. Now let's keep up the pressure to make sure we #SaveYourInternet! pic.twitter.com/VwqAgH0Xs5