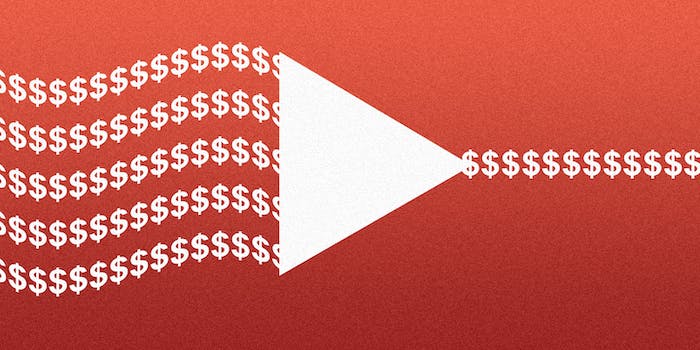 Now money earned during a Content ID dispute will go to its rightful owner.

YouTube listened to creator concerns, and now it’s made a change to the Content ID system that makes sure rightful owners still get paid what’s owed to them.

The Content ID system allows for copyright holders to dispute individual content on channels and protect their rights, but some creators have expressed frustration that this system has been abused to limit and restrict income on various channels. On the other hand, copyright claimants like major record labels have complained that YouTube’s interpretation of the Digital Millennium Copyright Act has hurt their business. A new tweak to the Content ID system might be one of the few that would make both sides happy.

Channel Awesome took up arms against Content ID abuse with the “Where’s the Fair Use” campaign earlier this year, which had a wide array of concerns about how fair use is determined and how Content ID strikes can cripple a channel. YouTube’s changes speak to one major issue Channel Awesome pointed out with the system, which previously suspended monetization on channels after a Content ID claim was made and funneled any earned money to the copyright claimant unless that claim was disputed and won. This created a gray area where no monetization was happening as videos gained traction, so even if a creator disputed and won their claim, they were missing out on income.

YouTube listened and is now creating a third-party holding situation for money accrued during a dispute. Instead of suspending monetization when a claim is disputed by a creator, the video continues to earn money, which goes into a separate account. The funds are only paid out at the close of the dispute to the winning party. YouTube outlined the new policy with an infographic in a recent blog post. 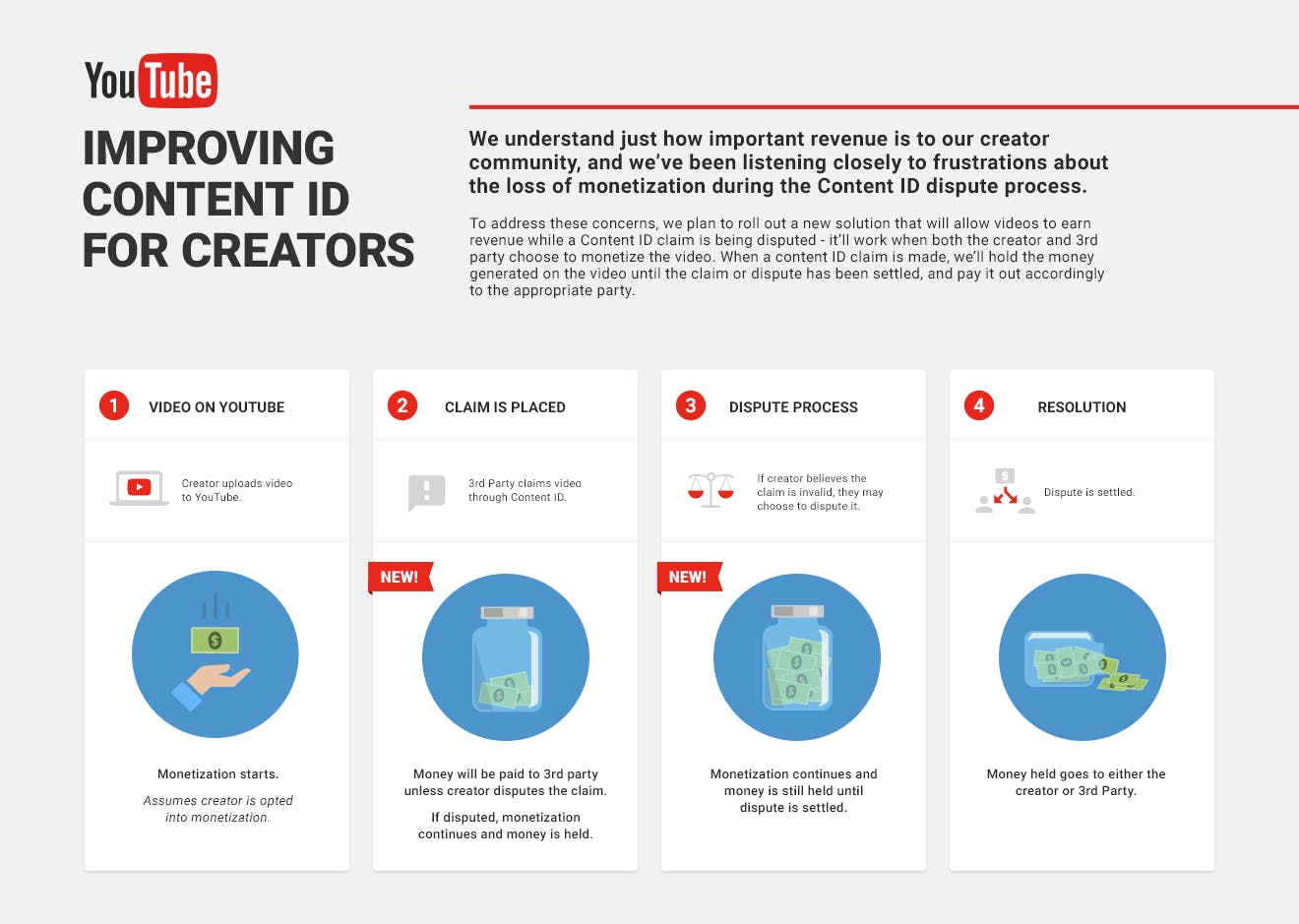 “It’s a step in the right direction,” Channel Awesome’s Michael Michaud told the Daily Dot via email. “Unfortunately, it still doesn’t fix the issue of false DMCA take downs, nor does it fix the loss of all monetization on a YouTube account that has a chance of happening after a DMCA is issued, even if the DMCA take down is completely invalid.”

On the RIAA side, there’s still issues too, like the complaint that YouTube’s safe harbor provisions under the DMCA—which protects YouTube and other service providers from liability in copyright claims until they have knowledge of a specific infraction—keep them in a stranglehold to sign unfavorable licensing deals with the platform.

“We strongly believe in fair use and believe that this improvement to Content ID will make a real difference,” wrote David Rosenstein, YouTube’s Content ID Group Product Manager, in the blog post. “In addition to our work on the Content ID dispute process, we’re also paying close attention to creators’ concerns about copyright claims on videos they believe may be fair use.”

While the new monetization policy doesn’t address all the concerns around digital copyright, it’s a step in the right direction.