Mitt Romney is going to have a hard time shaking off his latest characterization as an Etch-A-Sketch politician.

Matt Ortega, a Washington D.C.-based digital media consultant, recently created the entertaining website, www.etchasketchmittromney.com, which juxtaposes two quotes from Romney that he has either changed stances or backtracked on, framed by an Etch A Sketch.

The idea was inspired after a Romney adviser came under criticism Wednesday for comparing Romney’s campaign to an Etch A Sketch in that the strategy would shift after securing the Republican nomination.

“You can kind of shake it up and we all start all over again,” adviser Eric Fehrnstrom said.

Ortega told the Daily Dot that combining a toy that you can write something on then quickly erase it, i.e. the Etch A Sketch, and Romney’s changing ideals to match the current conservative orthodoxy made “perfect sense.” He created the site Wednesday in two hours.

Ortega, 27, pulled the quotes from his other anti-Romney sites. His Etch a Sketch was a solo project, but a reader sent in a tweak that made it so you can shake the website on an iPhone to see the quotes change.

The website has garnered 147,000 hits as of Thursday morning without a “formal outreach strategy,” said Ortega, making it the most popular of his anti-Romney sites. He only posted it on to his Twitter and Facebook accounts and emailed it to friends.

“I felt the turnaround time alone would help generate interest to the site across Twitter and if I beat others to it then they might just give up and direct people to my site,” Ortega wrote.

On Wednesday, many left-leaning Twitter heavyweights like @LOLGOP and Daily Kos founder Markos Moulitsas tweeted about the website. It was even shown on NBC’s morning program, Today.

But for Ortega, the website is a viral success that’s here to stay. 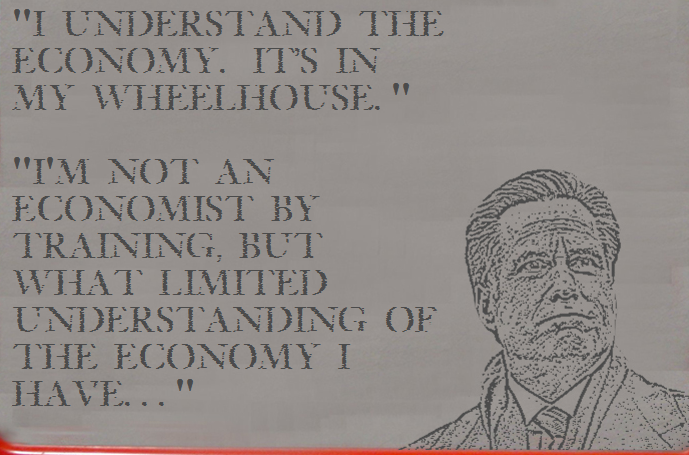