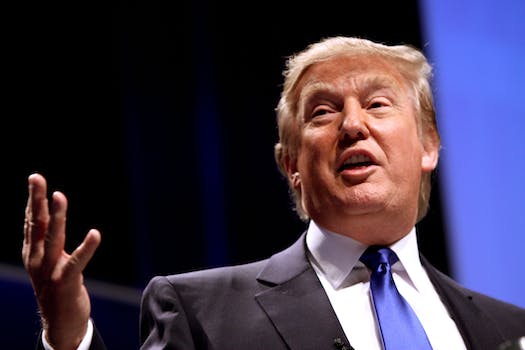 After Trump dropped in at the EPA on Tuesday to sign an executive order that squelched Obama-era policies aimed at fighting carbon emissions and other things that actively hurt the Earth, the EPA was tasked with sending out a release containing praise for Trump’s actions. But the press office made a noticeable mistake, falsely attributing a very candid quote to Sen. Shelley Moore Capito (R-W.Va.).

The quote was actually from Delaware Sen. Tom Carper, a Democrat and outspoken Trump critic.

“President Trump has chosen to recklessly bury his head in the sand,” the press release reads. “Walking away from the Clean Power Plan and other climate initiatives, including critical resiliency projects is not just irresponsible—it’s irrational.”

Here’s the thing, though. Trump, along with the newly minted EPA Chief Scott Pruitt, have both dismissed climate change science on numerous occasions. The EPA press office sent out a correction, apologizing for mixing up the statements.

Though Capito’s actual quote fit in much more smoothly, calling out the “disastrous” Obama-era Clean Power Plan for “having no meaningful climate impact,” the damage was already done. It’s especially bizarre that Carper’s criticism landed in the initial release given the fact that Trump verbally recognized Capito several times in his speech at the EPA Tuesday.

Whether the quote was a pure mistake or an intentional act of resistance, the press office at the EPA could even give the National Parks Service a run for its money when it comes to throwing climate change shade.