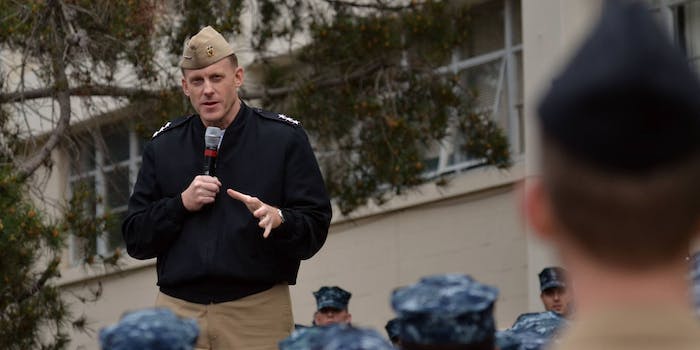 The Crypto Wars are back in Washington, D.C.

The newest phase in Washington’s fight over encryption and cybersecurity is scheduled to begin on Capitol Hill on Tuesday as both interwoven issues shoot back toward center stage in a Senate hearing that will help set the tone for the next year of debate.

A new encryption backdoor bill that expands government access to encrypted communications is now being quietly circulated and tweaked by lawmakers. The bill is expected to pick up where an earlier legislative effort died after last year’s cacophony of debate.

This year’s version of the legislation, originating again from Sens. Richard Burr (R-N.C.) and Dianne Feinstein (D-Calif.), currently appears to be narrower in scope. However, Tuesday’s hearing could provide unique insight into how the Senate and the intelligence community are now looking at the problem.

The encryption debate, commonly referred to as the Crypto Wars, centers on whether law enforcement and other government actors should have special access to encrypted communications, which are known as backdoors. Proponents of backdoors say encryption allows criminals and terrorists to communicate without fear of being found out. Opponents, including many cryptography experts, say weakening encryption for law enforcement puts the digital security and privacy of everyone at risk.

Days after FBI Director James Comey argued that “absolutely privacy” does not exist in the United States, NSA Director and head of the U.S. Cyber Command Adm. Michael Rogers will testify Tuesday morning on “encryption and cyber matters” in front the Senate Armed Services Committee.

If Tuesday’s hearing is the first major test for this nascent encryption legislation, expect the idea of encryption backdoors to handily win the day’s arguments.

When the same controversy was addressed in an April hearing between Rogers and the Senate Armed Services Committee, it was obvious that the room had a significant appetite for special access backdoors into encrypted data in order to protect the physical security of Americans.

“My view is over time we have been able to integrate groundbreaking technology in our nation and to do it in a way that enables the nation in the right circumstances, with the right level of control, to be able to access that,” Rogers said in April 2016.

“For me, my starting position is, what is this that’s different about this that would preclude that from applying here? I just don’t personally see that.”

Rogers argued for a balanced “national dialogue” to produce a thoughtful solution before a more traumatic event, like a terrorist attack, pushed the country toward a rushed solution. He did not, however, specify what kind of solution might work.

Sen. John McCain (R-Ariz.), chairman of the Senate Armed Services Committee, has been outspoken in his criticism of encryption technology as an aid to terrorists.

“By taking advantage of widely available encryption technologies, terrorists and common criminals alike can carry out their agendas in cyber safe havens beyond the reach of our intelligence agency tools and law enforcement capabilities. This is unacceptable,” McCain wrote in a Bloomberg op-ed last winter.

In an April exchange with Rogers, McCain appeared exasperated at the idea of protests for privacy and cybersecurity winning out over the threat of terrorism aided by encryption.

Sen. Tom Cotton (R-Ark.), another member of the committee who has spoken loudly on the encryption issue, called the end-to-end encryption offered by WhatsApp “an open invitation to terrorists, drug dealers, and sexual predators.”

There are voices on the other side, however. Sen. Mike Lee (R-Utah) wrote a Jan. 2016 op-ed for the Daily Dot on the subject arguing that “encryption backdoors are not worth the price.“

If you’re looking for indications about how this debate will play out in the future, this year’s presidential tickets won’t be of much help. Sen. Tim Kaine (D-Va.) sits on the Senate Armed Services Committee as well. The vice presidential candidate is scheduled to campaign for Hillary Clinton, the Democratic presidential nominee, through the Midwest on Tuesday.

Expect more than just encryption on Tuesday. With the astoundingly broad title of “cyber matters,” we’ll no doubt see testimony about hacking, cyberwar, and plenty more.

Adm. Rogers will sit alongside Under Secretary of Defense for Intelligence Marcell Lettre on Tuesday.