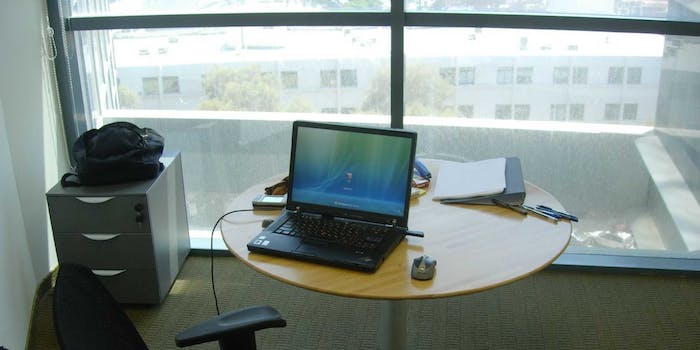 Is this a job posting for Edward Snowden’s replacement?

Booz Allen is hiring for a job that matches up with what we know about Ed Snowden's former position there.

Booz Allen, that consulting firm that allegedly helps the NSA surveil Google, Facebook, and Microsoft with the PRISM program, has a job opening.

Systems Administrator. Based in Honolulu, Hawai’i.

“Applicants selected will be subject to a security investigation and may need to meet eligibility requirements for access to classified information; Secret clearance is required.”

You may recall Edward Snowden, who on Sunday became one of the most famous whistleblowers U.S. history by coming forward as the source of a leaked NSA presentation on how PRISM works. And he got access to that presentation while working as a systems administrator for Booz Allen. Snowden said Sunday that he left a high-paying job working at Booz Allen’s branch in Honolulu. He described the experience as living “a privileged life, you’re living in Hawaii, in paradise and making a ton of money.”

Booz Allen says it fired Snowden, who was employed for less 3 months and “had a salary at the rate of $122,000,” on Monday for violations of the firm’s code of ethics. It continued:

“News reports that this individual has claimed to have leaked classified information are shocking, and if accurate, this action represents a grave violation of the code of conduct and core values of our firm.”

The new position would require, you know, a bit of secrecy.

Though the two jobs seem to match up, it’s not possible to confirm the company is hiring a direct replacement for Snowden. Snowden’s location in Hong Kong is a secret, and he’s giving only very limited interviews. A representative for Booz Allen, contacted by the Daily Dot, said he was unauthorized to say anything besides direct the media to that press release, and so refused to say if the job is Snowden’s old one.

The job was, however, posted the same day Snowden was fired.