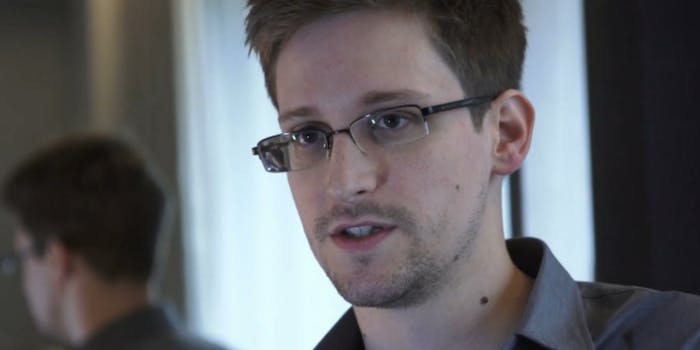 'If I can oppose this firing, so can you.'

In a surprise move, Trump fired Comey on Tuesday afternoon at the recommendation of Attorney General Jeff Sessions and Deputy Attorney General Rod Rosenstein. Letters sent to Comey by Justice Department officials indicated that their decision partially hinged on Comey’s investigation into former Secretary of State Hillary Clinton‘s use of a private email server.

The conversation around Comey’s firing, however, has focused on the fact that the FBI is investigating Russia’s attempts to meddle in the 2016 U.S. presidential election, causing Trump’s critics to immediately call foul.

“The independence of the FBI director is meant to ensure that the president does not operate above the law. For President Trump to fire the man responsible for investigating his own campaign’s ties to the Russians imperils that fundamental principle,” Anthony Romero, director of the American Civil Liberties Union, said in a statement.

“Regardless of how one judges the performance of James Comey in either the Hillary Clinton or Russia investigations,” Romero added, “President Trump’s dismissal of a sitting FBI director raises serious alarm bells for our system of checks and balances.”

In a tweet, Snowden—who is represented by ACLU attorney Ben Wizer—laid out condemnation of Trump’s decision to fire Comey from his unique perspective.

This FBI Director has sought for years to jail me on account of my political activities. If I can oppose his firing, so can you. https://t.co/zUp5kquy8q

Snowden sits at a strange confluence of elements influencing American politics in 2017. For one, he’s the former National Security Agency contractor who in 2013 leaked thousands of classified NSA documents to the press, blowing the whistle on the U.S. government’s vast spying apparatus. Second, he’s a fugitive. And third, he’s living in Russia under the protection of asylum from Russian President Vladimir Putin, the man whom U.S. intelligence agencies say ordered “influence campaigns” of the U.S. election.