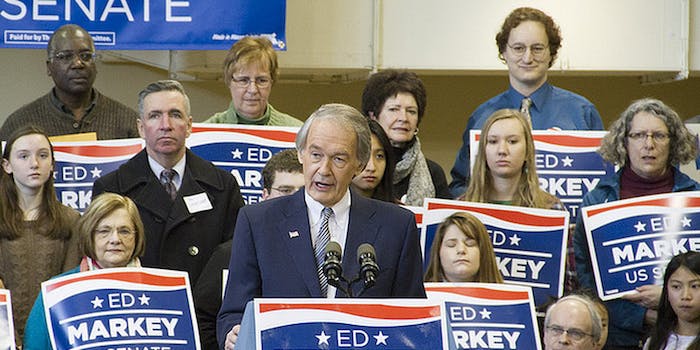 Markey penned a letter to Instagram CEO Kevin Systrom on Monday, asking the company to “prohibit the use of its services to enable sales of firearms, consistent with policies adopted by online marketplace entities such as Craigslist and eBay.”

As more people turn away from the dark corners of the Deep Web for their gun needs, other sites have picked up the slack. The number of guns being sold on Instagram, and other surface-level sites like Hashbag, which allows buyers and sellers to connect via Instagram hashtags, is a bit staggering. If you search #gunsforsale on Instagram, more than 1,500 results show up, and they range from handguns to assault rifles.

Markey cited the Daily Beast’s recent article on Instagram’s burgeoning arms trade, stating that the site’s anonymity and absence of background checks could lead to minors purchasing guns, and the violation of federal laws.

“Social media should not be marketplaces for gun sales without background checks. These sites were created to connect users, not to facilitate irresponsible and dangerous practices.”