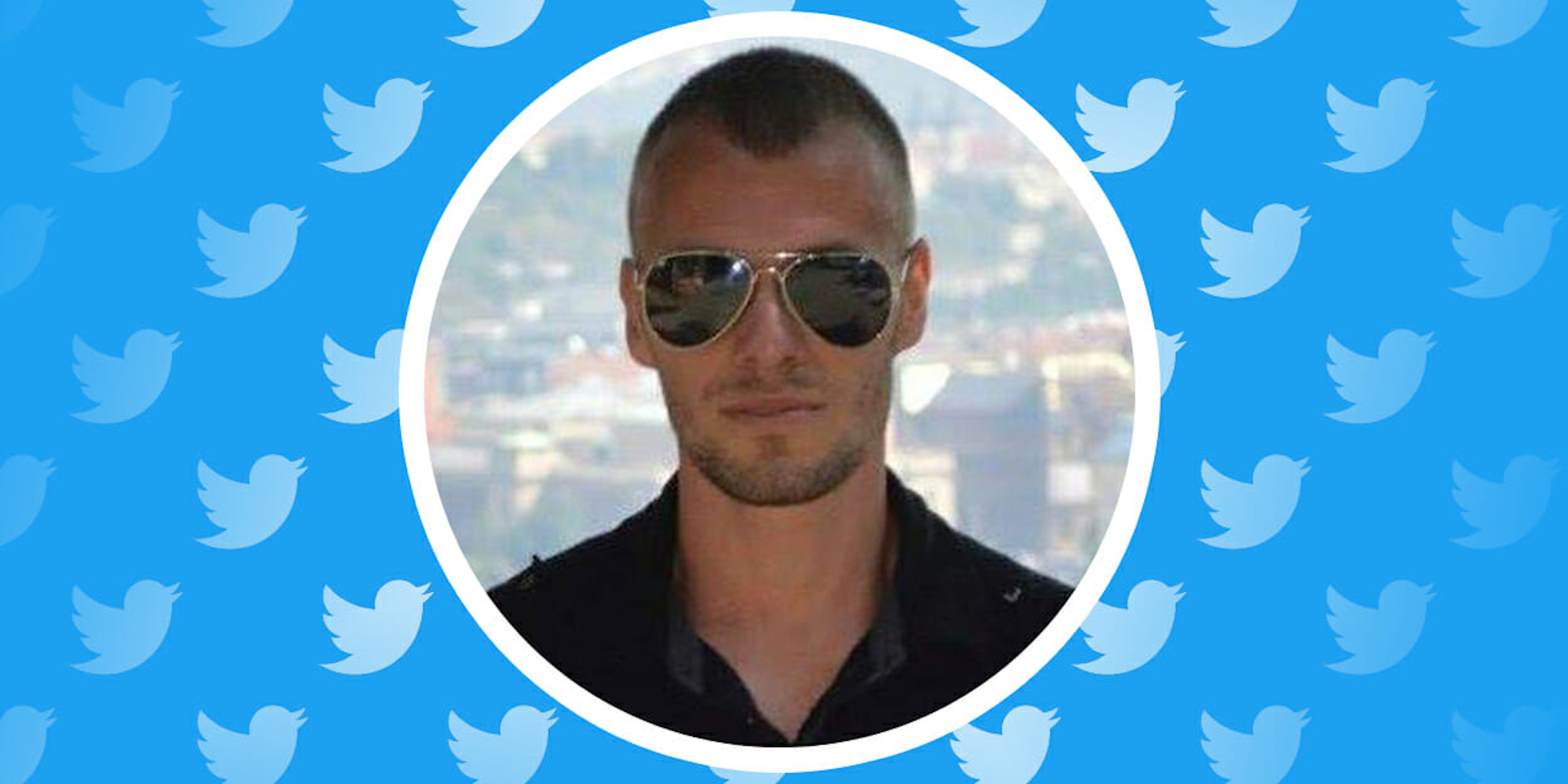 Ed Krassenstein spoke with the Daily Dot about his permanent suspension.

Two weeks ago, on May 23, Ed and Brian Krassenstein were permanently banned from Twitter and the internet lost a little of its shine.

At the time of their disappearance, Ed had around 925,000 followers while Brian had something close to 697,000—of course, they also followed hundreds of thousands of people.

On Friday morning, Ed Krassenstein spoke to the Daily Dot and opened up about the life of the Krassensteins in the post-Twitter universe.

Asked what they’ve been doing for the past two weeks, Ed said “not really much different than what we’ve been doing over the last several years,” adding, “we run several websites, we have some investment properties, we manage those—tweeting didn’t [take] us very long, each tweet would take maybe a minute to compose.”

The brothers Krassenstein were famous for replying to Trump’s tweets immediately after he sent them because they had notifications set up for presidential posts. Asked how they are keeping tabs on Trump, Ed seemed nonchalant, noting that he can still look at Trump’s tweets without having a Twitter account.

Some members of the banned community have moved to other social media platforms—Jacob Wohl has gone to Instagram where he posts long stories fashioning himself as some sort of sex god political operative who checks the time on priceless watches while smoking priceless cigars.

The Krassensteins have not done that. Ed told me that they’re on Facebook, but his page has less than 30,000 followers.

Krassenstein said that Wohl and Laura Loomer—who was banned for Islamophobic tweets—called him after he and his brother were suspended.

He said that they were “trying to get us to band together with them in order to challenge internet censorship.”

Asked about those conversations, Ed told me “well, Jacob Wohl called and I can’t stand him, so I basically just hung up on him. Laura Loomer, she’s kind of wacky but I don’t despise her by any means, she called me and I didn’t pick up so she left a voicemail,” adding, “I’ve always said it — Twitter is a private company, they have the right to ban whoever they want. You see the conservatives attacking them saying they’re going against freedom of speech but freedom of speech doesn’t apply to private companies.”

In fact, throughout our conversation, Ed Krassenstein seemed hardly bothered by the loss of his Twitter account.

That runs in contrast to Laura Loomer, who was so shaken by that development in her online life that she chained herself to the doors of Twitter’s headquarters and bellowed into a microphone that she was the victim of Jack Dorsey’s vendetta.

Krassenstein said: “I don’t have any grudges for suspending me, I have a grudge against Twitter for the way they handled it and that they put out this statement that led to the media claiming that we were running bot farms and botnets and purchasing interactions, which we weren’t doing.”

A few days before they were banned, Krassenstein said that he had a conversation with a Twitter spokesperson because his account was continuously getting reported. He suspects that conservative Twitter user Carpe Donktum had his followers mass-report them. But since their ban, Krassenstein said that Twitter has gone silent on him.

Donktum told me: “Twitter sent me an email clearing me of any TOS [terms of service] violations. The Krassensteins mass reported me for a tweet that didn’t violate the TOS. That is a violation of the TOS itself. I pointed out that it was targeted harassment, which it was.”

He added, “let the Krassensteins know, I stood up for their right to be on the platform after their ban. Publicly, despite much pushback from my own followers.”

Donktum, who is famous for putting together memes that have been retweeted by the president, continued: “I think platform access should be a right and the TOS should be enforced fairly and equitably no matter what your politics. The rule they broke is often enforced unfairly and used as a catchall. Lots of prominent people buy influence … I don’t agree with a permanent ban of the Krassensteins or (AOC parody account) OfficeOfMike. Bring them both back, and everyone else that has been banned for wishy-washy TOS violations.”

The Krassensteins have a long online history that includes some truly bizarre turns. In 2018, the Daily Beast reported that they were accused by the feds of running websites fronting for online scams and peddling shoddy investment advice. Their homes were raided in 2016 but they insist that they did nothing wrong.

As constantly online figures, they have other businesses and websites that they operate. Ed told me that they manage a few forums but declined to say what they are out of fear that his online enemies will launch an attack.

The largest website that they run is HillReporter.com, a sort of aggregation site that mines in the anti-Trump bites that feed the online resistance.

Recent headlines include bits like “Bad News For Trump: Americans Are More Liberal Than Ever Recorded, Report Says” and “Trump Tweets Mueller’s Remarks Means ‘The Case Is Closed’ — Is it though?”

In December of 2018, the Krassensteins told Vice, “we do have ads on those sites and it’s bringing in revenue, but we haven’t taken any of that money as of now. It’s all being reinvested into hiring new writers and building up the technology that the site runs on.”

In late May, the brothers penned an open letter on HillReporter, saying “Twitter won’t tell us specifically what we did to violate the rules.  They haven’t even made contact with us.”

But the Krassensteins seem to be largely hands-off on the site, Ed told me “right now, I’m pretty much not doing anything, the editor and the writers are pretty much doing everything — they’re taking care of sharing and everything. I just speak with them a few times a day and that’s about it.”

If the duo now isn’t actively taking a presence in their other big venture opposing Trump, it highlights what a lot of complaints about them have said: That the #Resistance schtick was just a timely pivot, and will be quickly dropped as soon as they venture into some other type of grift.

Even the election didn’t seem to inspire. On 2020, Ed Krassenstein didn’t seem eager to open up or offer any sort of endorsement, saying “there’s a few candidates who I like more than others, I guess, I’m just waiting for the debates to start.”

Asked if he leans more toward the Bernie camp or the Biden camp, Krassenstein told me “I’d say I’m closer to Biden. I like some of Bernie’s ideas but, right now I feel we need a more moderate candidate just because of the way things are going.”

Again, the constant refrain seemed to be that the Krassensteins aren’t worried by the loss of their Twitter accounts.

Ed told me that he’s fine with not tweeting, saying “it’s not much different than having it, it’s just typically I would just watch out for the news and make a tweet when I saw something,” adding “it takes one to two minutes to think of a tweet and we tweet maybe 25 times a day so it’s maybe half an hour of my day.”

He said that they’ve been on Twitter, throughout different business phases since the site launched. That’s a long time and a lot of tweets, but it doesn’t look like the Krassensteins will be returning to the site—Twitter almost never reinstates accounts.

So, may the online presence of the brothers rest in that graveyard beside Loomer, Wohl, and every other internet junkie who lost their favorite toy.