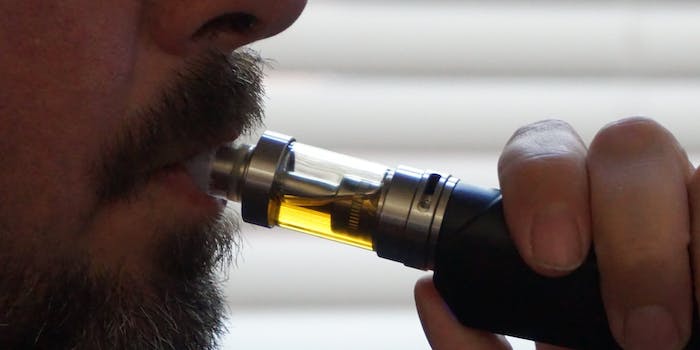 New York City announced Wednesday that it filed a lawsuit against more than 20 online retailers of e-cigarettes, claiming that they didn’t have age verification systems in place.

The lawsuit comes as numerous states and the federal government have begun cracking down on vaping. The Trump administration announced last month that it was working on a policy that would bar the sale of all non-tobacco flavored e-cigarettes, including mint and menthol.

“The kids of New York are the pride of our city, but to these companies, they’re just a source of profit. Preying on minors and hooking them on a potentially lethal, lifelong nicotine addiction is unconscionable,” New York City Mayor Bill de Blasio said in a statement. “This lawsuit sends a message: we will do whatever it takes to protect our kids and the health of our city.”

The complaint alleges that the retailers did not use age verification services and sold products to people under the age of 21, the required age to purchase e-cigarettes in New York City.

The city said it used two people under 21, under law enforcement supervision, to buy e-cigarettes from the companies. They were able to do so using a recently-created email address and a prepaid Visa gift card, according to the complaint.

The suit from New York City follows a string of mysterious illnesses believed to be related to some sort of vaping.

Last month, New York Gov. Andrew Cuomo (D) announced that the state would move to ban the sale of flavored e-cigarettes. The ban would not include menthol or tobacco flavored ones.