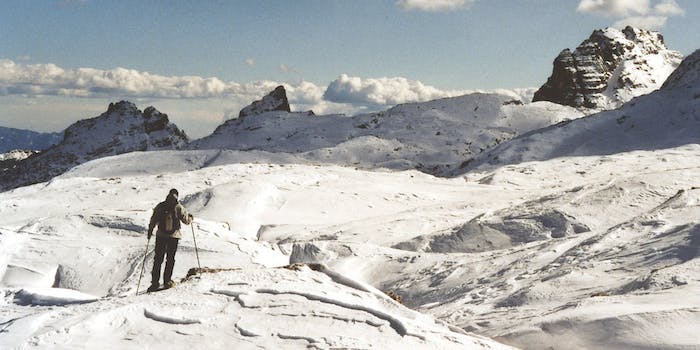 It barely missed him.

The drone, carrying a TV camera belonging to a sports marketing firm, crashed just behind Hirscher as he navigated the course. He was not injured and continued the run.

The drone laws in Italy are more lax than other European countries including Austria and Switzerland, where drone operators are not allowed to fly over large groups of people. The marketing firm reportedly got permission to use the drone, but wasn’t supposed to fly it over the course itself.

“This is horrible. This can never happen again,” Hirscher told the AP. “This can be a serious injury. … There are a lot of cool things nowadays. But you have to guarantee the safety — and that was just insane.”

Hirscher took to Instagram, sharing a photo of the drone crash with the caption “Heavy air traffic in Italy.”

Considering how close the drone came during Hirscher’s run, it really is lucky he wasn’t hurt.