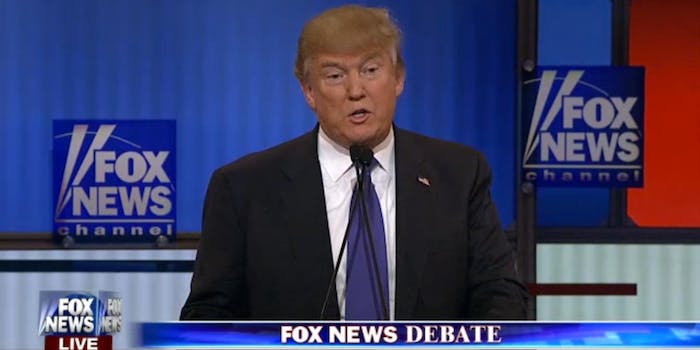 It was a yuge night for Trump (and Trump, Jr.).

Donald Trump, the leading candidate for president from the Republican Party, bragged about the size of his penis on national television Thursday night.

In an argument with Sen. Marco Rubio (R-Fla.), Trump cited Rubio’s claim that Trump’s hands are small and, therefore; his manhood must be, too.

“And he referred to my hands, if they are small, something else must be small,” Trump said. “I guarantee you, there is no problem. I guarantee.”

Now it’s all anyone can talk about. 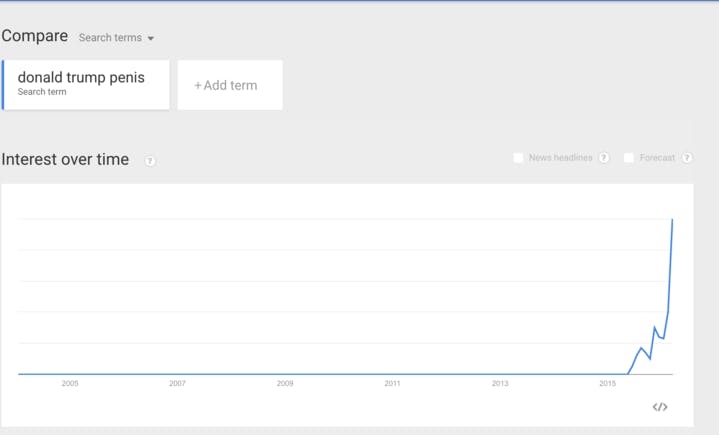 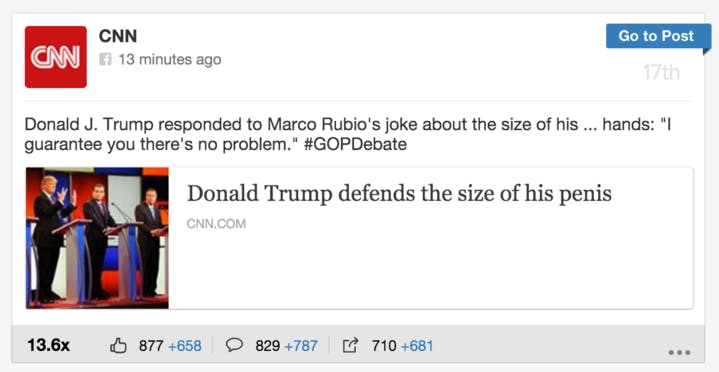 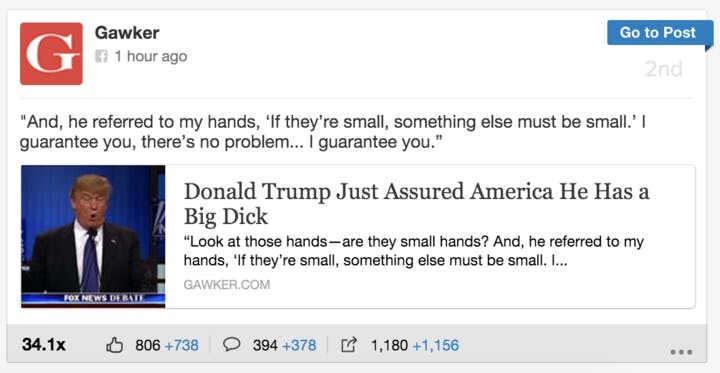 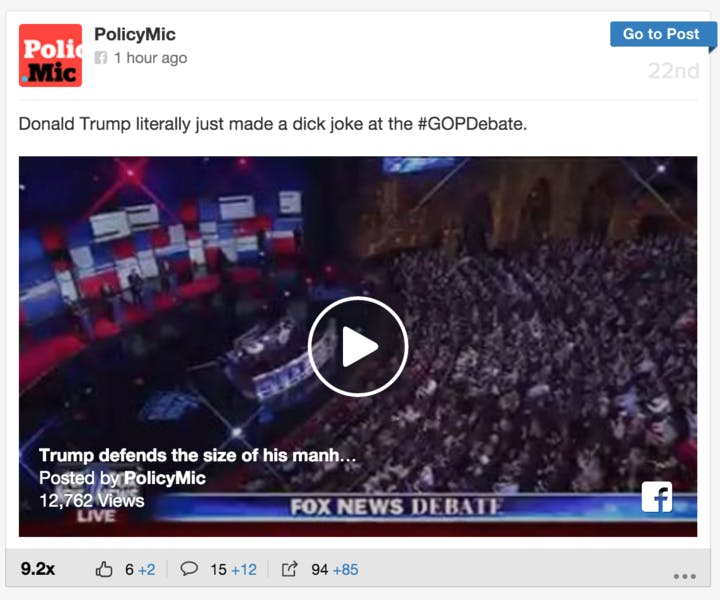 Donald Trump, who has won 10 states so far in the Republican presidential race, also dominated the GOP debate chatter on Twitter, where he gained more followers than any other candidate.