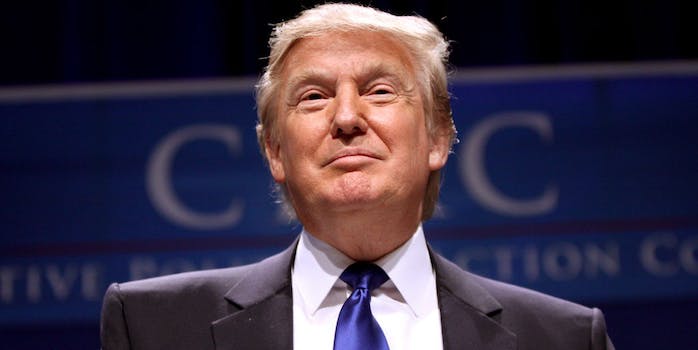 President Donald Trump told reporters in the Oval Office on Friday that he condemns “any voter fraud” and repeated unsubstantiated claims about voter fraud California and Texas in response to questions about election fraud in North Carolina’s 9th Congressional district, according to Newsweek.

In a stunning move last week, the North Carolina State Board of Elections voted to call for a new Congressional election after a hearing revealed that the Republican candidate, Mark Harris, had been made aware of potentially illegal activities by a campaign operative, Leslie McCrae Dowless.

When asked about the findings, Trump told reporters, “Well, I condemn any voter fraud of any kind whether it’s Democrat or Republican.” He then moved on to talk about Texas and California, where voter fraud allegations have been rebuked.

Following the presidential election in 2016, Trump created the Presidential Advisory Commission on Election Integrity — a controversial commission that investigated allegations that millions of “illegals” voted for his Democratic rival Hillary Clinton. California’s Secretary of State, Alex Padilla, pushed back twice against the President’s initiative for concerns over privacy.

Many states, including Texas and California, pushed back and Trump ended up disbanding the commission blaming “refusal to turn over information as well as legal disputes,” in a press release issued by the White House.

According to Newsweek, Texas Secretary of State David Whitley alleged in January that there could be as many as 98,000 non-citizens listed on the state’s voter rolls, of which he claimed 58,000 voted illegally in Texas elections. However, Whitley has since walked back the claims somewhat.

Trump has cried voter fraud in California, claiming in a tweet that the state was subject to “serious voter fraud.” He did not provide evidence, and Padilla, the California Secretary of State, called the claims “dangerous.”