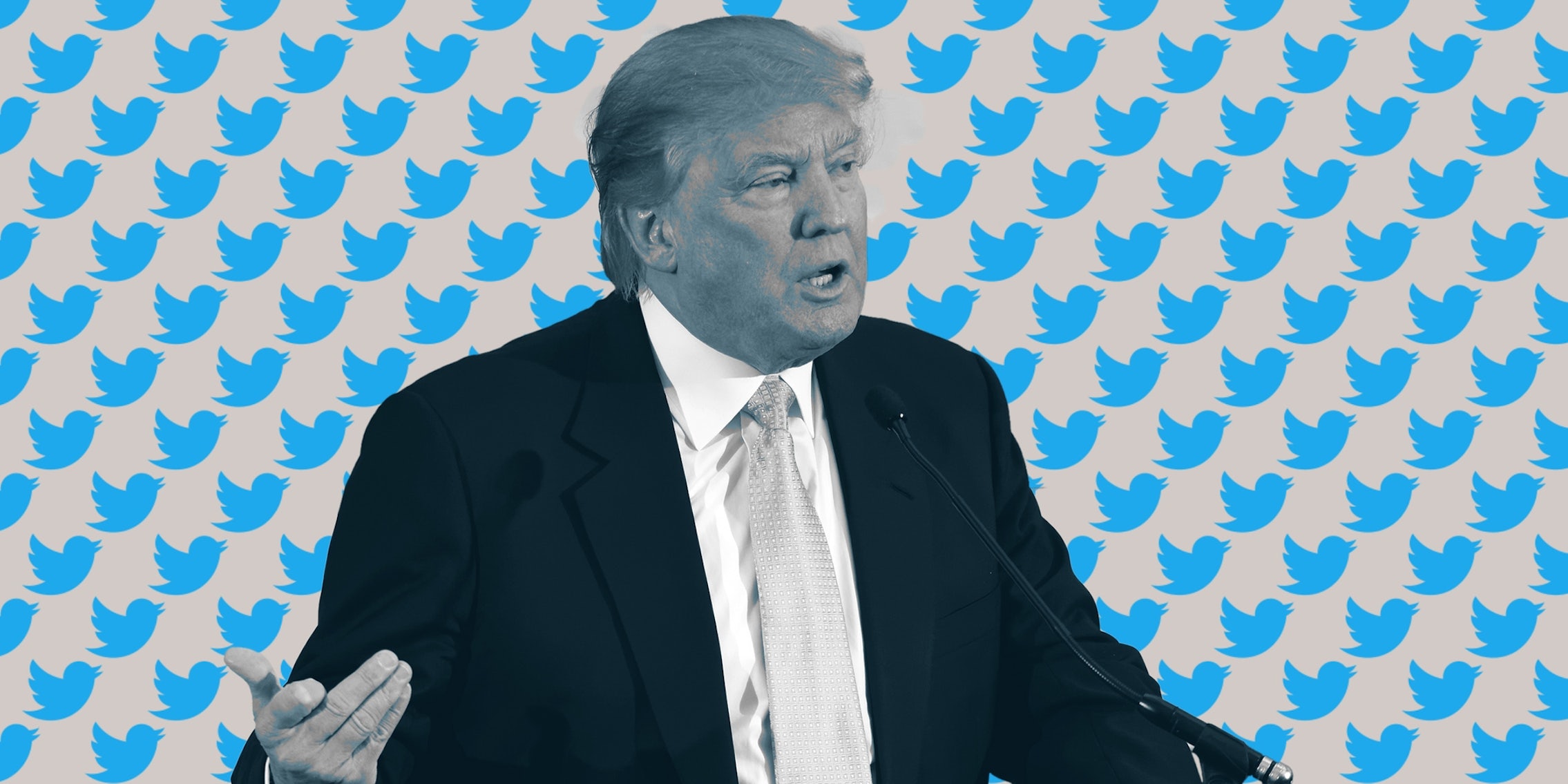 It turns out that President-elect Donald Trump is as petty on Twitter as the rest of us.

According to a new report, the soon-to-be most powerful person on the planet spends a good portion of his time on Twitter insulting people.

New York Times reporters Jasmine C. Lee and Kevin Quealy have sifted through and categorized the last 14,000 or so (and counting) Trump tweets. The biggest takeaway: One out of every nine tweet is a diss.

The brunt of Trump’s trash talk was aimed at former opponents Jeb Bush, Sen. Marco Rubio (R-Fla.), Sen. Ted Cruz (R-Texas), and Hillary Clinton. Specifically, one out of three insults made during the last two years were directed at them.

“First, Mr. Trump likes to identify a couple of chief enemies and attack them until they are no longer threatening enough to interest,” Quealy noted. “He hurls insults at these foils relentlessly, for sustained periods—weeks or months.”

Trump, according to Quealy, also likes to spend his time insulting whatever is on his periphery, like the hit Broadway play Hamilton, for instance:

Or more recently, Chuck Jones, president of the United Steelworkers Local 1999, the union that represents the workers at the Indiana Carrier plant Trump claims to have saved. Jones called out Trump on CNN for lying about the number of jobs he allegedly rescued.  Of course, Trump did not appreciate that:

If Quealy’s assertions are true, chances are Trump will find another target to insult. Unfortunately, that doesn’t mitigate the collateral damage caused by his Twitter fingers:

Chuck, a union leader in Indianapolis, says he is now getting death threats. https://t.co/f3OvWrYfSn