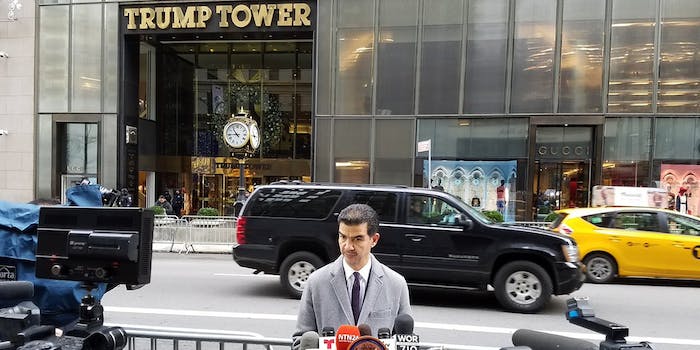 Trump's presence in NYC has created a traffic nightmare.

“Midtown traffic has become a parking lot from all the security and visitors this area has drawn,” said Rodriguez, who heads the city’s transportation committee. “People trying to get to work, trucks trying to make deliveries, and pedestrians doing their holiday shopping in Fifth Avenue—including at Trump Tower itself—are all facing awful conditions.”

The newspaper reports that portions of Fifth Avenue have been closed to accommodate Trump, who wants to remain at his New York headquarters until he’s sworn in, and who has also expressed a desire to visit his Manhattan tower on a weekly basis.

A section of 56th St. near the building has been shut down altogether, and a police pen, necessary due to security upgrades, is blocking a bus lane.

Rodriguez said Trump might consider setting up near one his other properties where there’s less traffic. “I hear that Florida is a great way to escape the cold weather heading our way,” he said.