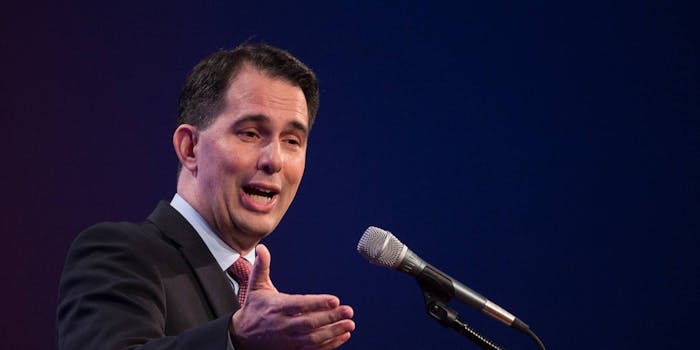 Poor Scott Walker, the one who didn't give a speech Wednesday.

Walked yelled into the microphone and led the RNC crowd in chants, and afterward, he got personal Twitter congratulations from Trump.

This Scott Walker was near the computer before and during Trump’s misguided endorsement hit the internet.

I'll do better next time. https://t.co/wM6opX5gXb 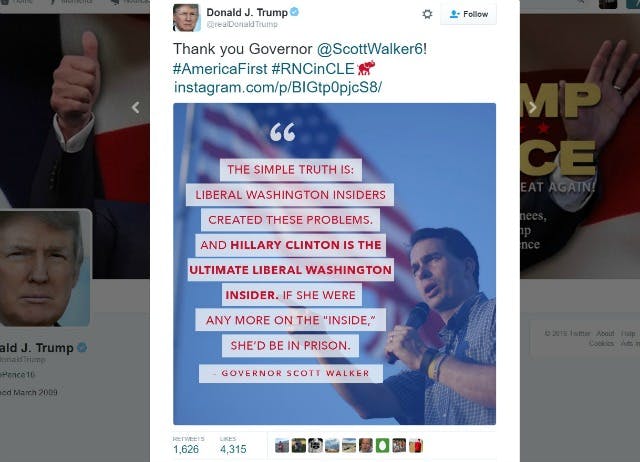 Luckily, Scott Walker—the news anchor, not the governor—was ready with a response.

Since @realDonaldTrump just congratulated ME on a great speech, here's our response. #wrongscottwalker pic.twitter.com/1p0489ksk2

A few minutes later, Trump realized his mistake and got in touch with the man who actually endorsed him Wednesday.

Thank you to Governor @ScottWalker for such warm support. Great speech!

Luckily for the news anchor, his pain likely will be over soon, since it’s unlikely the governor will make many more national TV appearances this election cycle. But then again, the nightmare might just be beginning for that other Scott Walker.