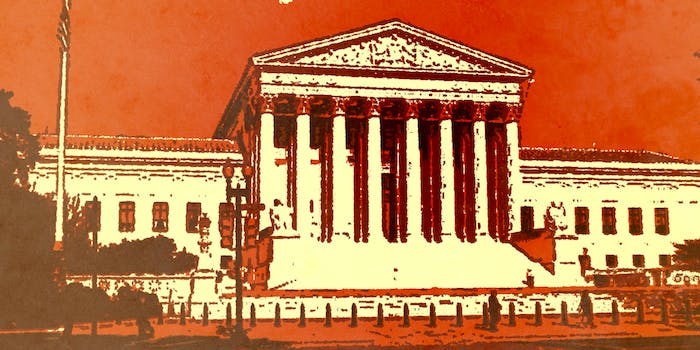 One of his potential nominees called him 'Darth Trump.'

Donald Trump on Wednesday released a list of 11 people he will consider to fill the vacant Supreme Court seat if he is elected president in November, but there’s a slight problem: One of the conservative jurists on Trump’s vetting list seems to detest the presumptive Republican nominee.

Texas Supreme Court Justice Don Willett, who is unusually active on Twitter for someone in his position, has repeatedly mocked Trump’s campaign.

"We'll rebuild the Death Star. It'll be amazing, believe me. And the rebels will pay for it."
—Darth Trump pic.twitter.com/y25LADg15J

Trump to "the evangelicals"—

"I'll be the best thing that's ever happened to them."

The mockery from Willett—who was appointed to Texas’s highest court in 2005 and elected to full terms in 2006 and 2012—has also extended to Trump’s airline and the much-criticized Trump University.

It’s unclear what Willett thinks about appearing on Trump’s list. A Texas Supreme Court spokesman promised to pass along a Daily Dot reporter’s contact information to him, but at press time he had not responded. He declined to comment to reporters at an event with Texas Gov. Greg Abbott on Wednesday, saying he was “exercising judicial restraint.”

Trump said in a statement that he compiled the vetting list “based on constitutional principles, with input from highly respected conservatives and Republican Party leadership.”

Who would the Donald
Name to #SCOTUS? The mind reels.
*weeps—can't finish tweet* pic.twitter.com/a326AP0mN1