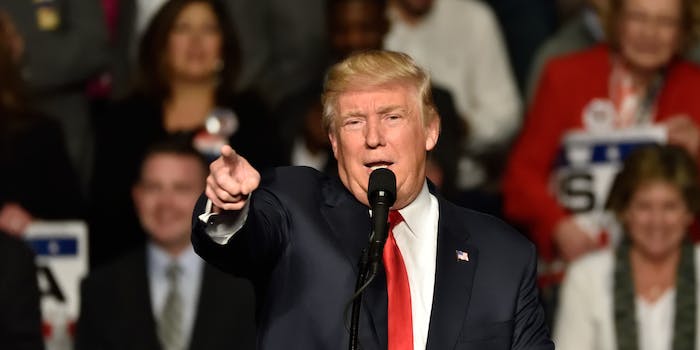 President-elect Donald Trump on Saturday posted a New Year’s message of “love” to everyone, including his “many enemies.”

Happy New Year to all, including to my many enemies and those who have fought me and lost so badly they just don't know what to do. Love!

Twitter users were quick to jump on the strange, gloating message from the incoming president of the United States.

Same here, except all my enemies are spiders and not to brag buuuuut I didn't need the help of a foreign government to vanquish them https://t.co/vQQoTI8sK8

So, now that Trump has won the election, who are Trump’s enemies, exactly? Unclear, but Russian President Vladimir Putin, whom Trump called “very smart” on Friday, does not appear to be one of them.Trump’s incoming press secretary, Sean Spicer, says social media will be a “very exciting” part of the presidency, in case you needed something to look forward to in 2017.