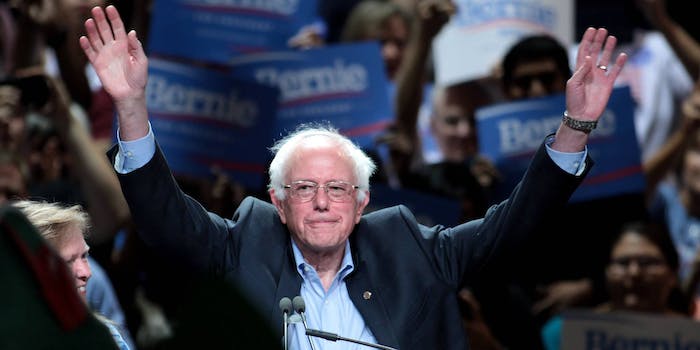 After much conversation and some acrimony, Donald Trump finally felt the Bern.

And lo, it was good.

But high-powered Twitter shade wasn’t all Bernie Sanders was up to on Monday night. In an an email to supporters shortly after the conclusion of Sanders’s keynote speech on the first night of the Democratic National Convention, the Vermont senator announced the creation of a new non-profit group called Our Revolution to advance the progressive agenda beyond the 2016 cycle.

“Our campaign has always been about a grassroots movement of Americans standing up and saying: ‘Enough is enough. This country and our government belong to all of us, not just a handful of billionaires,’” Sanders wrote. “Our work will continue in the form of a new group called Our Revolution. The goal of this organization will be no different from the goal of our campaign: We must transform American politics to make our political and economic systems once again responsive to the needs of working families.”