President-elect Donald Trump‘s approval rating during his transition to power is lower than any incoming president since 1992, according to a new Gallup poll.

Bill Clinton began his presidency in 1992 with a transition approval rating of 67 percent, while President Barack Obama launched into his first term with a 75 percent approval rating. 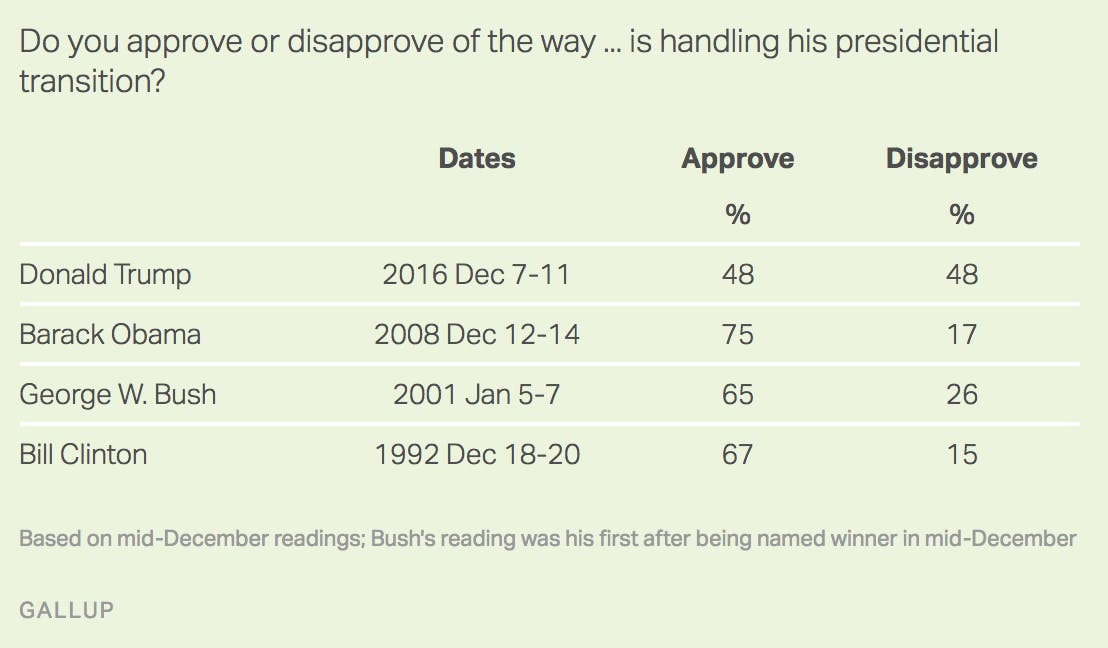 On average, Trump’s approval rating remains in the negative, according to Real Clear Politics, with an average favorability rating of just 42.9 percent and an unfavorable rating of 49.3 percent.