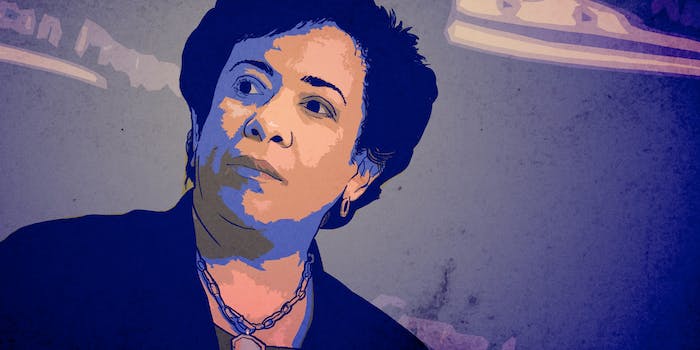 The feds said 44,000 transgender state residents are harmed by the law.

Late Tuesday, the U.S. Department of Justice filed a 70-page brief in its lawsuit against North Carolina, asking a judge to issue an immediate injunction that would block controversial anti-LGBT law House Bill 2 until it can be overturned.

North Carolina’s H.B. 2 has become the most high-profile representation of a slew of so-called “bathroom bills” flooding state legislatures. Like many similar state policies, H.B. 2 bars transgender residents from using restrooms, changing rooms, showers, and other semi-private facilities that correspond to their gender.

In May, the DOJ filed a lawsuit against the state just hours after North Carolina sued the Justice Department. The week of dueling lawsuits culminated in an impassioned speech on transgender rights delivered by U.S. Attorney General Loretta Lynch and Vanita Gupta, head of the department’s Civil Rights Division.

Tuesday’s brief was the first major filing in the lawsuit designed to shut down H.B.2, and it sought a preliminary injunction specifically to keep the law’s bathroom restrictions from being implemented. According to the brief, the bathroom ban constitutes sex discrimination in violation of Title IX, the Civil Rights Act of 1964, and the Violence Against Women Act (VAWA). It also called H.B. 2 a “solution to a nonexistent problem.”

“As the record shows, transgender people in North Carolina have long used bathrooms consistent with their gender identity in private facilities and, before H.B. 2, in public facilities, without precipitating criminal conduct or widespread complaints about the invasion of privacy. H.B. 2 is not merely a solution to a non-existent problem; it is state-sanctioned discrimination that is inflicting immediate and significant harm on transgender individuals.”

Throughout the document, the DOJ repeatedly asserted that it was likely to win its case against North Carolina based on previous court decisions and codified definitions of sex discrimination.

Last Friday, the state of North Carolina issued amendments to H.B. 2 in an apparent effort to save the 2017 NBA All-Star Game, which the league threatened to pull from the city of Charlotte if the law was not repealed.

The amended law was roundly criticized by LGBT advocates who noted that the only change to the bathroom ban was that transgender residents would have to register with the state for permission to use restrooms—and only then if they could procure a birth certificate with an amended gender marker, which can be difficult to acquire.