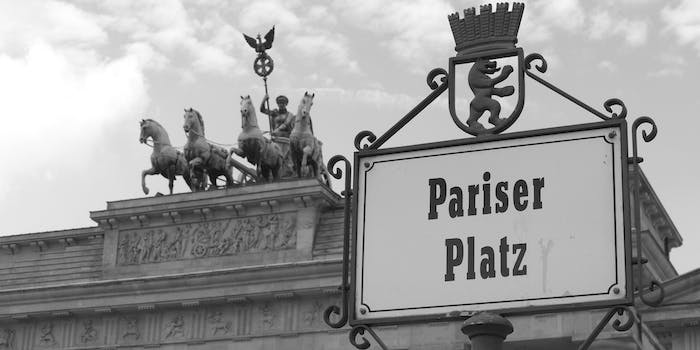 Photo by Juan Cabanillas/Flickr (CC BY 2.0)

Germany’s leading weekly political magazine, Der Spiegel, confirmed on Friday that a criminal complaint had been filed with a German federal prosecutor following allegations that its journalists were targeted by U.S. spies.

Spiegel reports that in the summer of 2011, a CIA station chief in Berlin secretly disclosed to a high-ranking Chancellery official that a German intelligence employee was leaking sensitive information to the press. The official who met with the CIA chief, Günter Heiss, was head of Department Six, the communications branch of Germany’s foreign intelligence service; the suspected leaker, identified by the CIA as Hans Josef Vorbeck, was his subordinate.

“Angela Merkel’s office, it turns out, simply made a farce of the rule of law.”

Vorbeck was subsequently transferred to a less important detail, archiving the history of the BND (Bundesnachrichtendienst) federal intelligence agency. When members of parliament inquired as to why Vorbeck had been reassigned to a mediocre position, they were informed the move was necessary due to cutbacks—a myth, according to Spiegel.

Spiegel alleges that Chancellery officials avoided the topic of how the CIA obtained the intelligence that incriminated Vorbeck. “They didn’t care to find out how, and to which degree, they were being spied on by the United States,” the magazines writes. “Nor were they interested in learning about the degree to which Spiegel was being snooped on by the Americans.”

One of the great ironies of the story is that contact with the media was one of Vorbeck’s job responsibilities. He often took part in background discussions with journalists and even represented the Chancellery at public events. “I had contact with journalists and made no secret about it,” Vorbeck told Spiegel. “I even received them in my office in the Chancellery. That was a known fact.” He has since hired a lawyer.

It remains unclear just who US intelligence originally had in its scopes. The question is also unlikely to be answered by the parliamentary investigative committee, because the US appears to have withheld this information from the Chancellery. Theoretically, at least, there are three possibilities: The Chancellery — at least in the person of Hans Josef Vorbeck. Spiegel journalists. Or blanket surveillance of Berlin’s entire government quarter. The NSA is capable of any of the three options. And it is important to note that each of these acts would represent a violation of German law.

According to Spiegel, the work of the magazine is referenced in a “large number of memos” originating with the U.S. National Security Agency and Central Intelligence Agency. Furthermore, three of the magazine’s sources in Berlin and Washington have reportedly confirmed that the CIA chief that implicated Vorbeck was specifically referring to his Spiegel contacts.

Spiegel has a lengthy history of obtaining and reporting on sensitive government materials and sources. In 2006, it disclosed details about the 2001 kidnapping of Murat Kurnaz, a Turk from the north German city of Bremen, who was taken to the U.S. detention facility at Guantanamo where he says he was tortured at the age of 19. Kurnaz was held by the Americans for more than four years after the accusations against him proved groundless. In 2008, Kurnaz told U.S. representatives via livestream that he was electrocuted, waterboarded, and chained for three days to the ceiling of an airplane hanger.

In 2010, Spiegel partnered with WikiLeaks, the Guardian, and New York Times, in the publication of leaked classified U.S. Army documents about the Afghanistan and Iraq war. The documents revealed, among other things, evidence of U.S. war crimes in Iraq. The source of the material, former U.S. Army intelligence analyst Chelsea Manning, was sentenced in 2013 to 35 years in prison. A national security investigation by the U.S. Department of Justice into WikiLeaks and its founder, Julian Assange, continues to this day.

And in 2013, Spiegel revealed that American spies stationed at the U.S. embassy in Berlin’s Pariser Platz had targeted the cellphone of German Chancellor Angela Merkel, among other world leaders, for surveillance. The details of the illegal wiretapping, which led to increased tension between Berlin and Washington, was gleaned from Edward Snowden’s cache of top-secret files. The documents further revealed that an elite unit—managed in concert by the CIA and NSA—known as the “Special Collection Service” (SCS), was eavesdropping from 80 locations around the world, including Berlin, Paris, Geneva, and Rome. Operating undercover, the SCS agents were reportedly afforded special protections as officially accredited diplomats.

Spiegel’s report on Friday follows that of German daily Sueddeutsche Zeitung, which on Wednesday revealed that the U.S. government had not only wiretapped Merkel’s phone, but those belonging to several of her ministers as well. The publication said shown a list of 69 phone numbers belonging to German ministers and senior officials targeted by the Americans.

Obama administration officials reportedly informed Spiegel that the disclosure of the alleged communications between Vorbeck and its journalists were justified by American security interests. “The sources said US intelligence services had determined the existence of intensive contacts between Spiegel reporters and the German government and decided to intervene because those communications were viewed as damaging to the United States’ interests,” writes Spiegel.

The willingness of the CIA to expose ongoing surveillance in Germany to implicate Vorbeck speaks to the importance of the leaks, Washington sources told the magazine. Moreover, the NSA was consciously aware that tipping off Department Six would provide German intelligence with evidence that the U.S. was spying in Berlin.

The Chancellery officials made no effort to report the espionage to members of parliament responsible for oversight of the German intelligence services, nor did they directly contact the agency responsible for counterintelligence in Germany, according to Spiegel. “As more details emerge, it is becoming increasingly clear that representatives of the German government at best looked away as the Americans violated the law, and at worst supported them.”

“Angela Merkel’s office, it turns out, simply made a farce of the rule of law,” added Spiegel.

The decision by top German Chancellery officials to keep secret the alleged U.S. espionage in Berlin has profound implications for press freedom in the county. Germany’s highest court has previously upheld that the confidentiality of journalistic sources and their relationship to members of the media is protected.