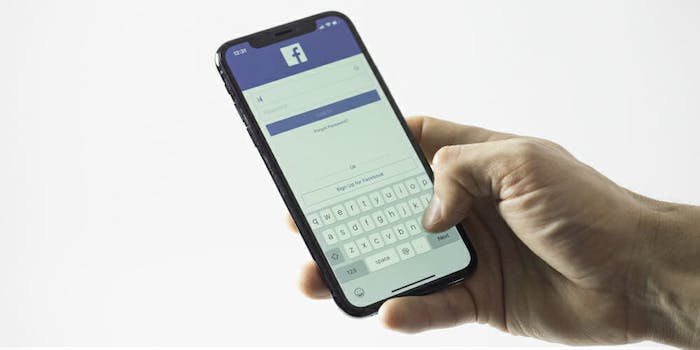 People are concerned about the spread of misinformation.

A movement urging people to #DeleteFacebook is gaining momentum, yet again. This time, it’s because of the circulation of a doctored video, featuring House Speaker Nancy Pelosi (D-Calif.), that Facebook is refusing to remove.

The video is doctored to make her look like she’s slurring and drunk.

In the original clip, Pelosi is normally speaking at an event held by the Center for American Progress, on Wednesday. The clip was then slowed down by 75% to make her voice sound “garbled and warped.” Her pitch was also changed “to possibly correct for how that speed change would deepen her tone,” according to the Washington Post.

Once the video was debunked, social media giants were forced to respond. YouTube stated that the video violated its standards, and it was subsequently removed. However, Facebook–where the doctored video was viewed nearly 1.5 million times on a single page–refused to comply.

The video remains on Facebook “because false information alone does not violate the site’s rules,” according to a statement released by the company on Friday. Instead of removing the video, Facebook will attempt to dissuade users from sharing it on their news feeds by adding context from fact-checkers who review the footage.

“We remove things from Facebook that violate our Community Standards, and we don’t have a policy that stipulates that the information you post on Facebook must be true,” a company spokesperson said in the statement.

Many people believe Facebook isn’t taking strong enough stance, which is why #DeleteFacebook (as well as #DeleteInstagram, since the platform is owned by Facebook) began trending on Twitter.

There is no excuse for us to continue to use, support, or allow to continue, an amoral media platform like Facebook. Deliberate electronic manipulation of speech – political or not, for or against any political POV – is not free speech. It’s societal suicide. #DeleteFacebook https://t.co/LgVMSl7GtQ

On the other hand, plenty of people just had jokes and memes to offer.

Just saw that #DeleteFacebook is trending. Can we at least wait til after my birthday?

#DeleteFacebook and Tila Tequila are trending… does this mean Myspace is coming back!?

But if you #DeleteFacebook how will your Nanna accidentally ALL CAPS comment on a picture of your Caribbean vacation about her upcoming doctor's appointment to have her feet scraped?

It’s worth noting that the movement comes with a certain amount of inherent irony, as the video is still being shared on Twitter.