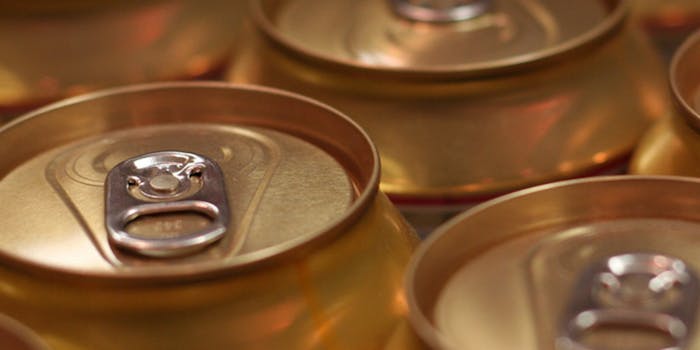 Brewing companies: Here’s how not to respond to sexism allegations

Deep Ellum Brewing Co. is a Dallas-based craft brewery that’s managed to cultivate a loyal fanbase in North Texas, thanks in part to their social media presence. Social media is also what brought more attention to the slogan of one of their most popular beers, Dallas Blonde, an American blonde ale.

As Burnt Orange Report detailed, the brewery’s new promotional vehicle sports the words “goes down easy” next to the caricature for their Dallas Blonde—a doll-like cartoon, wearing a crown—which are both splashed across the length of a hot-pink minivan.

Using coded female imagery to sell beer is a strategy that’s been going on for decades. Belvedere Vodka’s recent marketing campaign was criticized for its not-so-subtle coding, as was this Austin bar’s poor choice of words. As BOR points out, it’s also just lazy marketing. 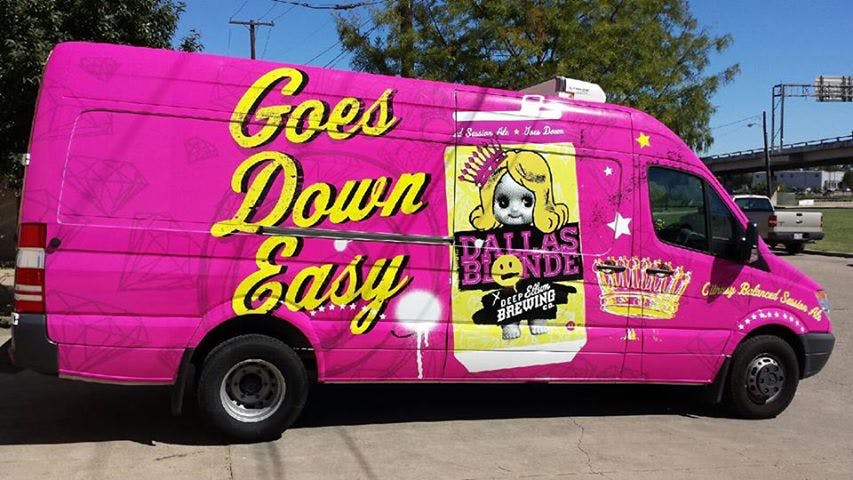 On Oct. 14, Deep Ellum Brewing Co. posted a message to their Facebook page, saying they would address the concerns on their blog: 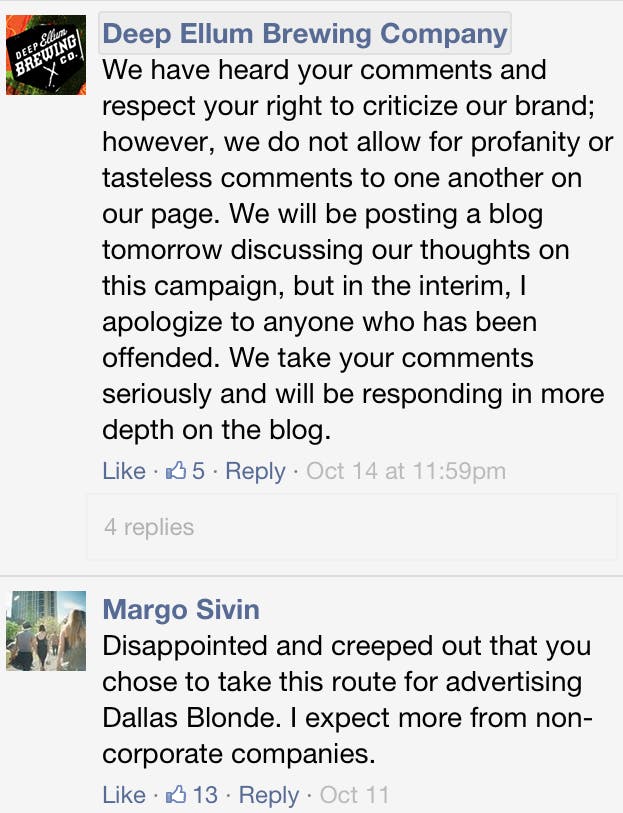 Curiously, if you visit DEBC’s blog, there’s a post called “Good Marketing Versus Rape Culture,” posted by John Reardon, DEBC’s owner. Seems like it might be an enlightening post, one worth sharing, but it’s password-protected. (An email to the brewery asking about it was not returned.)

On Saturday, whoever was running their Twitter account decided to make this joke, which was later deleted. 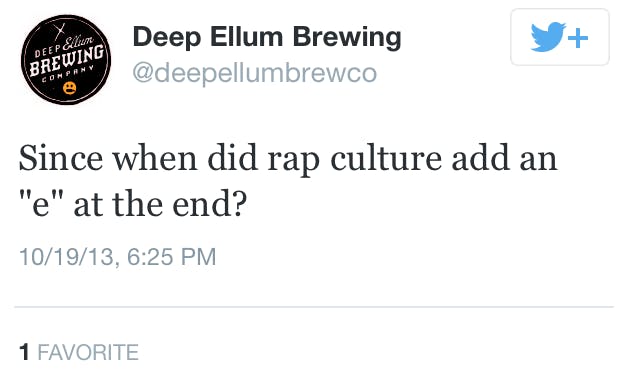 It would be one thing if an employee was tweeting this from their personal account, but from the company’s official Twitter, this comes off as patronizing and insulting, and goes even further to alienate women (and men) who might buy their product. They employed the it’s-just-a-joke defense with their critics. 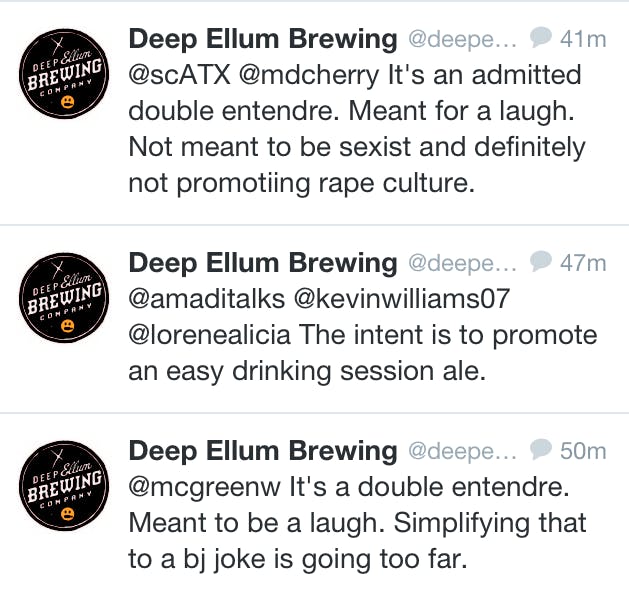 While they had chances to apologize to critics on Twitter, to strike up a dialogue about why this is questionable marketing, or about the importance of customer feedback, they instead deflected and password-protected.

Deep Ellum Brewing Co. is a fairly new business, so they might not realize that, on social media, they don’t live in some bubble where only a select few see their jokes. They’re a business, and make their money on marketing and image. Alienating a demographic that might buy their beer isn’t a good look.

In an interview with the Dallas Observer last Thursday, before the Twitter meltdown this weekend, Reardon said, “If there are women out there who are offended, then we should apologize.”