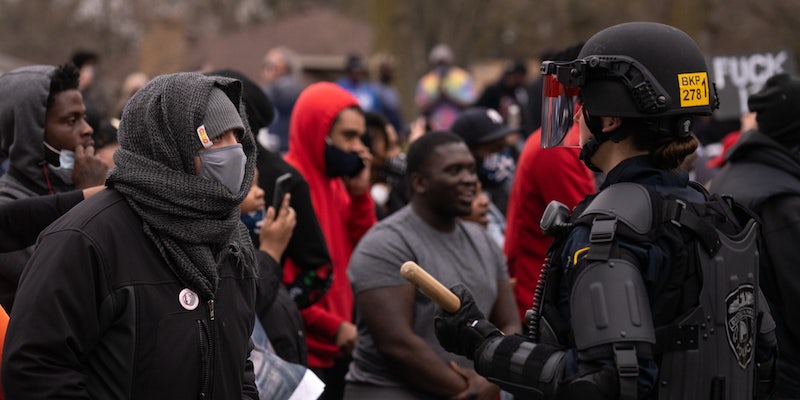 Tension in Minnesota are high, and growing higher.

Pro-police accounts on social media are posting the personal details of demonstrators arrested during protests over the shooting of Daunte Wright.

Wright, a 20-year-old Black man, was shot and killed by an officer in Minnesota on Sunday after she allegedly mistook her firearm for a taser.

Kim Potter, the officer who fired the fatal shot, resigned from her position with the Brooklyn Center Police Department shortly after.

The shooting has further enflamed tensions not only between the public and law enforcement but between Black Lives Matter supporters and their detractors in a city that’s been home to several prominent police killings of Black men.

The “Minneapolis Crime Watch & Information” page on Facebook has since begun posting the arrest records of protesters, which includes information such as their home addresses.

The Facebook group has defended its posts by noting that the information it lists is publicly available. But others argue that such posts are clearly intended to incite harassment against protesters.

With protests preparing to enter their fourth consecutive night, such incidents online are likely to increase.

Potter, the officer who shot Wright, was reportedly arrested on Wednesday and has since been charged with 2nd degree manslaughter.