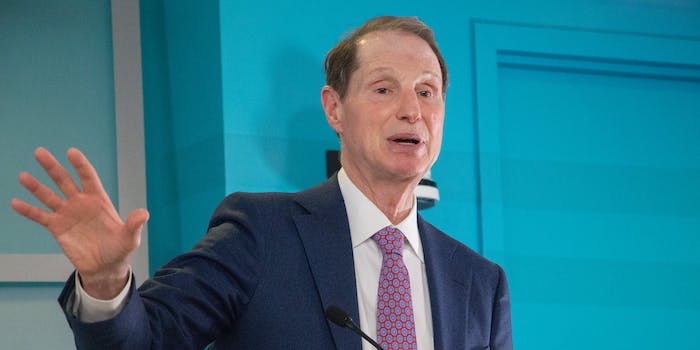 New bill would ban warrantless data purchases by the government

The bill is sweeping.

A group of 20 senators and other members of Congress have introduced a bill that would force law enforcement and intelligence agencies to obtain a warrant before getting information from data brokers.

The bill, the “Fourth Amendment Is Not For Sale Act,” would also stop law enforcement and intelligence agencies from buying data on Americans if the data was obtained from a user’s account in ways like scraping, which would bar the government from buying data from Clearview AI.

The sweeping bill touches on a number of privacy and surveillance issues and was introduced in both the Senate and the House of Representatives today.

“Doing business online doesn’t amount to giving the government permission to track your every movement or rifle through the most personal details of your life,” Wyden said in a statement. “There’s no reason information scavenged by data brokers should be treated differently than the same data held by your phone company or email provider. This bill closes that legal loophole and ensures that the government can’t use its credit card to end-run the Fourth Amendment.”

Specifically, lawmakers say the bill would require the government to get a court order to compel data brokers to disclose data like it would to get information from tech and phone companies. The Wall Street Journal reported last year that the IRS bought data from Venntel, a data broker, because of a loophole in current laws.

It would also not allow law enforcement or intelligence agencies to buy data on Americans if the data was obtained from a user’s account or device if that data was acquired by hacking, deception, or if it violated a privacy policy or terms of service.

That would include data collected by Clearview AI, the controversial facial recognition company that created a massive database of people’s photos that were scraped from social media sites.

The bill also touches on a number of other surveillance issues like closing loopholes that allow for the government to buy metadata about Americans’ international texts and calls without a FISA Court review.

The Fourth Amendment Is Not For Sale Act received a number of endorsements on Wednesday from tech advocacy and civil liberties groups.

“The Fourth Amendment Is Not For Sale Act is critical foundation for the right to privacy in the digital age—an age where data brokers like Clearview AI are scrambling to vacuum up every record of every person connected to the internet,” Sean Vitka, senior policy counsel at Demand Progress, said in a statement. “Given that the government is apparently paying these suspicious companies millions upon millions of dollars to obtain our telephone records, our location records, and perhaps even our internet browsing records, this is urgent legislation that is necessary to stave off an unthinkable blanket of surveillance across this country.”

“While there are strict rules for consumer-facing companies like AT&T, Facebook, Google, and Verizon, loopholes in the law allow shady and discriminatory data brokers without direct relationships to consumers to sell our private information without any oversight,” Fulton said in a statement. “The Fourth Amendment Is Not For Sale Act would close these loopholes and stop federal agencies from doing an end-run around our constitutional rights.”