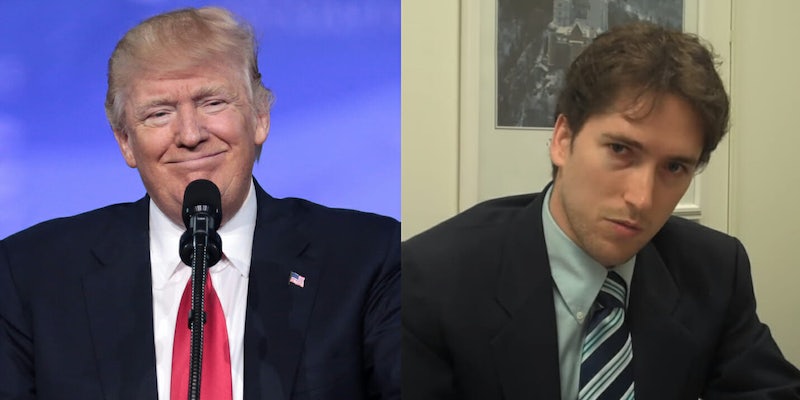 He was reportedly fired after he refused to resign.

Darren Beattie, a speechwriter in President Donald Trump‘s administration, was fired last week after it was revealed he spoke at a conference that is regularly attended by white nationalists.

Beattie was fired shortly after CNN reached out to the White House to ask about his speaking appearance at the H.L. Mencken Club Conference in 2016.

The conference has been attended by a number of white nationalists in the past including Richard Spencer, a figure in the so-called “alt-right,” a loose-knit group known for championing bigoted, pro-white views.  The Southern Poverty Law Center said the 2016 gathering was themed “The Right Revisited” and featured a number of people who hold white nationalist ideologies.

Beattie was asked to resign following CNN’s inquiry, the Washington Post reports, but argued that he did not make racist comments when talking at the Mencken Club Conference. The White House fired him after he refused to resign.

In a statement to the newspaper, Beattie defended himself.

“In 2016 I attended the Mencken conference in question and delivered a stand-alone, academic talk titled ‘The Intelligentsia and the Right.’ I said nothing objectionable and stand by my remarks completely. It was the honor of my life to serve in the Trump Administration. I love President Trump, who is a fearless American hero, and continue to support him one hundred percent. I have no further comment.”