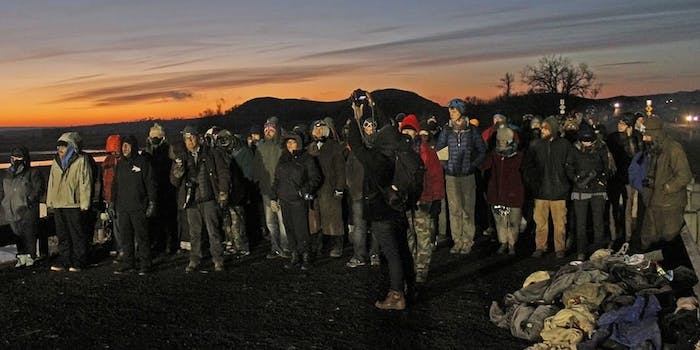 Trump, a pipeline supporter, may push forward with the project after his inauguration.

After eight months of demonstrations in Indian Country, thousands of tribal members, activists, and veterans—”water protectors,” as they’ve come to be called—have forced the U.S. Army Corps of Engineers to reconsider permits that would allow construction beneath Lake Oahe. The lake, a dammed portion of the Missouri River, lies upstream from the primary water source of the Standing Rock Sioux tribe and is a site of established historical and spiritual significance.

If completed, the Dakota Access Pipeline, or DAPL, would run 1,172 miles through four states, concluding in Illinois. The pipeline would transport approximately 470,000 barrels of oil each day. 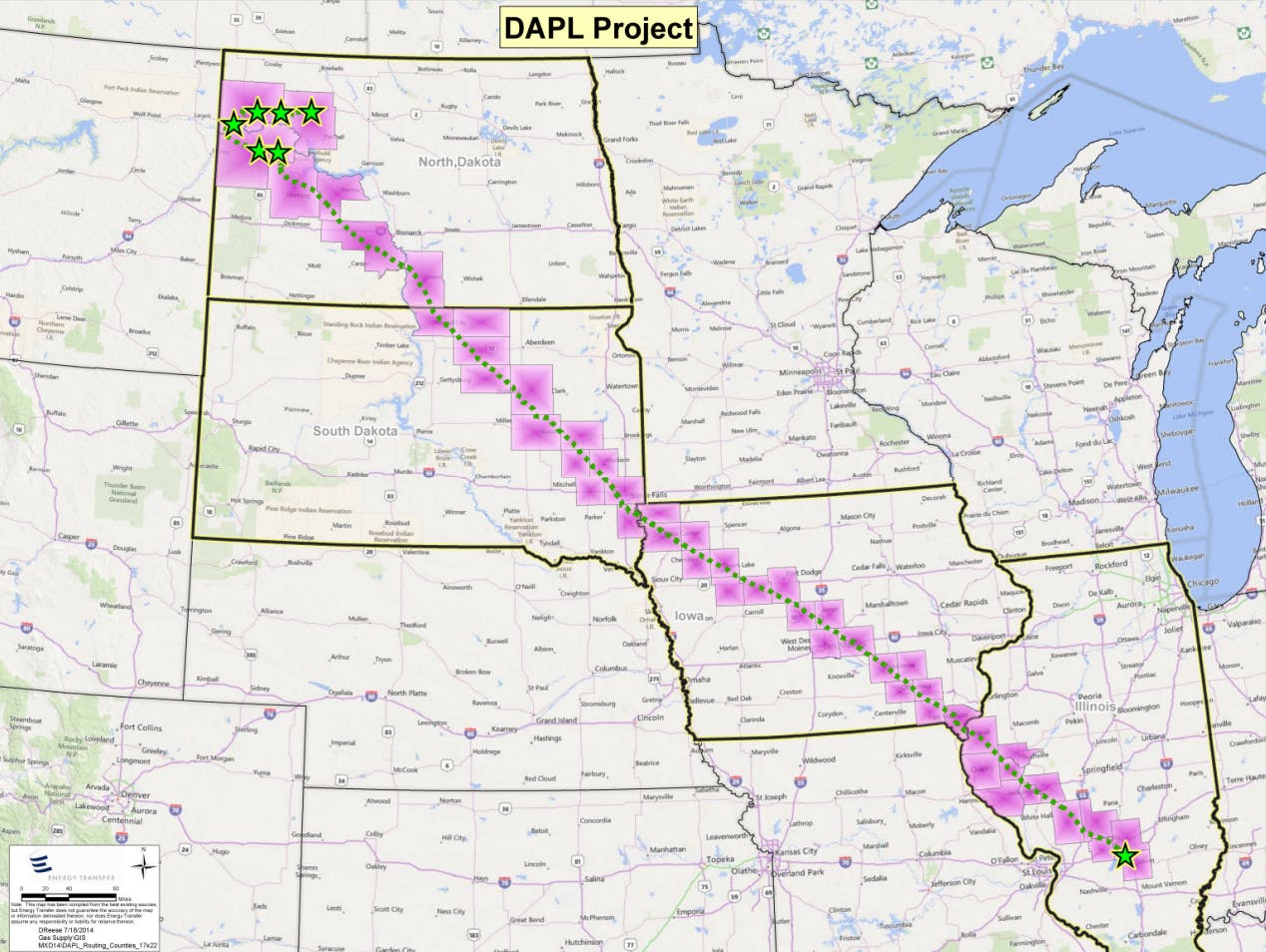 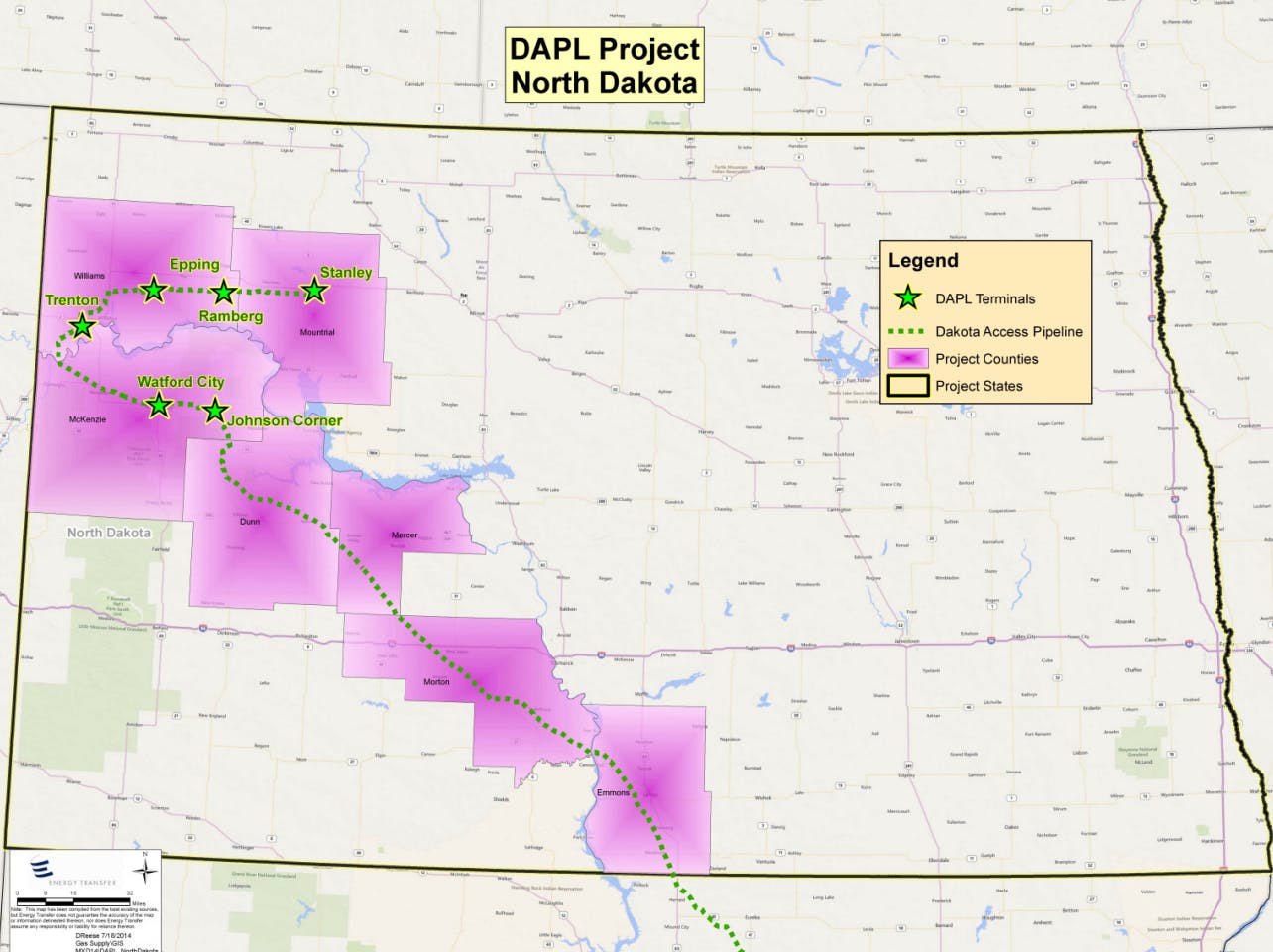 In a statement, Standing Rock Sioux Tribal Chairman Dave Archambault II thanked the Obama administration, the U.S. Army, and the Departments of Justice and Interior for having the “courage … to take steps to correct the course of history and to do the right thing.”

Archambault added it was his hope that the decision would be respected by Energy Transfer Partners (the Dallas-based company behind the Dakota Access Pipeline), North Dakota Gov. Jack Dalrymple, and the incoming Trump administration.

“When it comes to infrastructure development in Indian Country and with respect to treaty lands, we must strive to work together to reach decisions that reflect the multifaceted considerations of tribes,” Archambault said.

Last week, Trump announced his support for plans to build the pipeline under Lake Oahe, while dismissing allegations that he was personally invested in the project. Trump reportedly sold off stock in Energy Transfer Partners over the summer, and his transition team claims his support for the pipeline has “everything to do with promoting policies that benefit all Americans.”

Nevertheless, Energy Transfer Partners CEO Kelcy Warren has donated generously to Trump and the Republican Party. FEC records show Trump received a $100,000 contribution from Warren this summer before the Republican National Convention. The Washington Post reported last month that Warren had given $1.53 million in campaign contributions to super PACs and $252,300 to individual campaigns and the GOP.

In a statement, Energy Transfer Partners lashed out at the Obama administration over its decision. “The White House’s directive today to the Corps for further delay is just the latest in a series of overt and transparent political actions by an administration which has abandoned the rule of law in favor of currying favor with a narrow and extreme political constituency,” the company said.

House Speaker Paul Ryan (R-Wisc.) also blasted the U.S. Army Corps of Engineers’ decision, calling it “big government decision-making at its worst.” Perhaps foreshadowing a renewed effort to proceed with the Lake Oahe easement, Ryan said he was looking “forward to putting this anti-energy presidency behind us.”

A group of Trump’s advisors have also set their eyes on the vast amount of natural gas and oil thought to exist under Native American reservations, Reuters reported on Monday. The reservations are governed by policies intended to prevent non-Indians from owning the property, which could hinder any deals allowing private oil drillers, such BP or Occidental Petroleum, from developing leases there.

The Associated Press reported on Monday that many of the protesters in North Dakota had decided to remain at the encampment on the frozen prairie in an area known as Cannon Ball. They are waiting, along with the rest of the country, to find out what will happen when Trump takes the oath of office on Jan. 20.