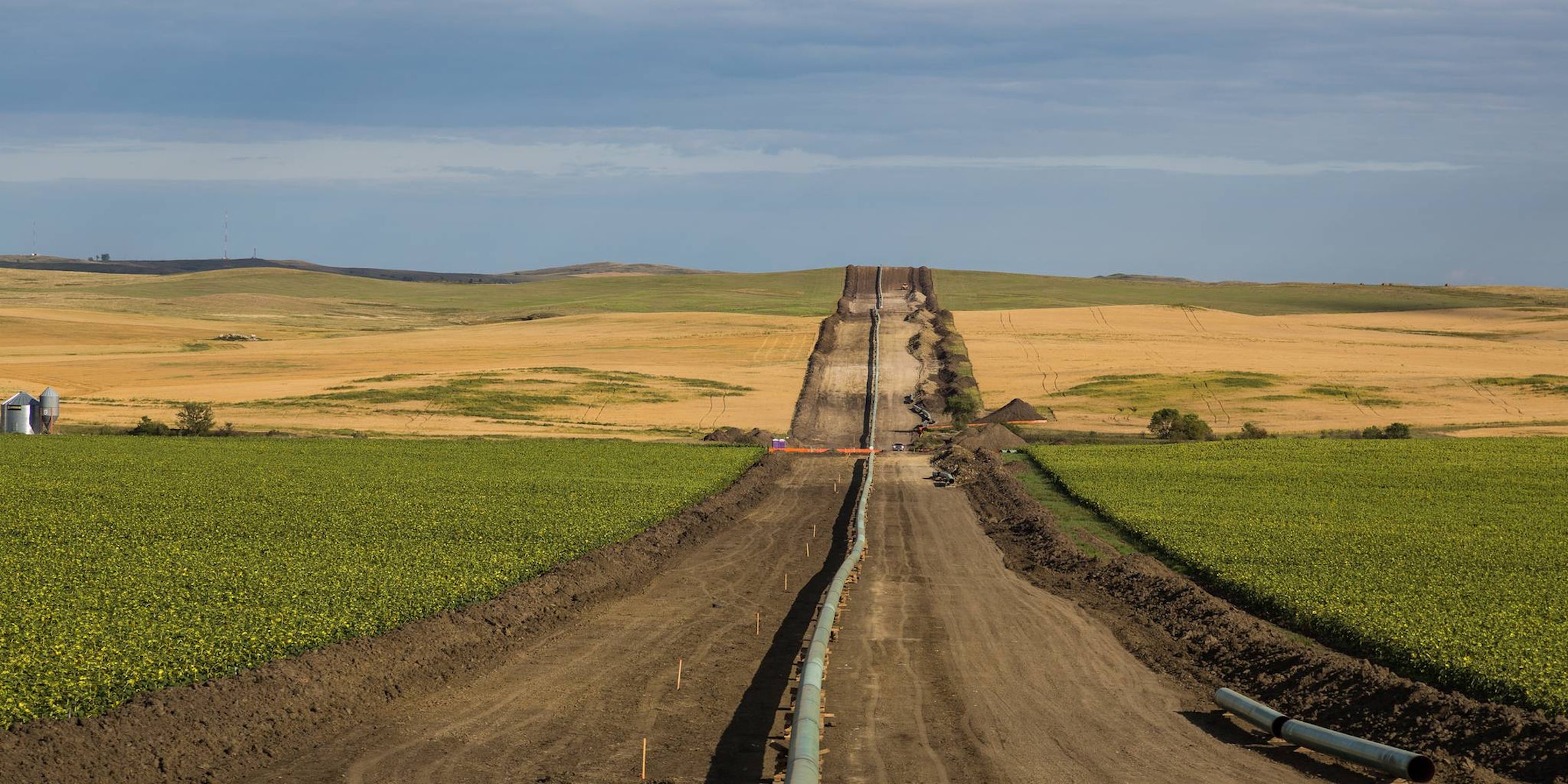 ‘I get that your hands are tied but maybe don’t break the law trying to protect it.’

Violent encounters between oil company security and protesters that surrounded construction of the Dakota Access Pipeline have inspired citizens to flood North Dakota’s governor with condemnation, according to letters of complaint obtained by the Daily Dot.

The federal government has, for now, halted work on the Dakota Access Pipeline (DAPL), which was intended to move an estimated 570,000 barrels of crude oil per day from the Bakken shale of North Dakota, through South Dakota and Iowa, to an oil storage hub in Illinois approximately 1,172 miles away. The completed pipeline would give Dallas-based Energy Transfer Partners access to refineries in the Upper Midwest and U.S. Gulf, and drastically alter the way crude oil is transported across the country.

The Bakken pipeline system has received of flood of investments this year: Marathon Petroleum, which owns refineries in Illinois, Michigan, and Texas, for example, announced a $500 million investment in early August. Canadian pipeline operator Enbridge, Inc.—last week Enbridge announced its acquisition of Spectra Energy, one of Houston’s biggest pipeline infrastructure firms—is now investing $1.5 billion in Dakota Access while abandoning the Bakken-based Sandpiper Pipeline which was supposed to terminate in Superior, Wisconsin.

Demonstrators supporting the Standing Rock Sioux Tribe, whose primary source of water will be crossed by the DAPL, clashed earlier this month with private security guards acting on behalf of the oil companies. Video widely circulated online depict security forces’ use of attack dogs and chemical agents on protesters. Weeks before, North Dakota’s homeland security division ordered the removal of state-owned water tanks and trailers that were providing the protesters, who have established semi-permanent encampments, with drinking water.

In response to the protests, North Dakota Gov. Jack Dalrymple defended the project, assuring those concerned by its potential effects on the Standing Rock people and their land that it was “not in any way unsafe.”

“This is a state-of-the-art pipeline, a very sophisticated project,” Dalrymple told KFGO in late August. “It is not in any way unsafe except for a very, very, very minimal risk, which inevitably, is there for any pipeline.”

Below are comments received by the North Dakota Governor’s Office between Aug. 23 and Sept. 4, concerning DAPL, the preservation of Standing Rock’s water supply, and the use of force against demonstrators. The letters—some of which have been edited for length—were acquired by the Daily Dot under the North Open Records Statute.