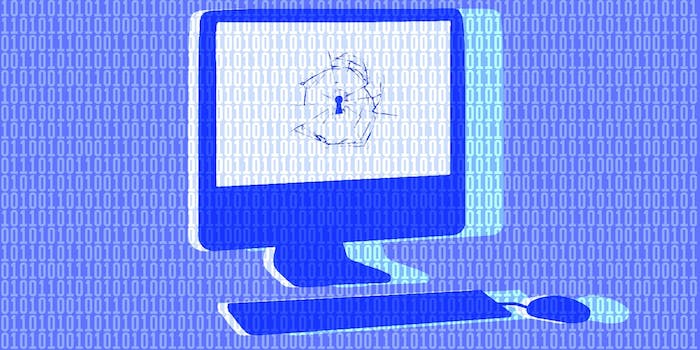 Cybersecurity is a top concern among older 2016 voters

Your grandma probably wants to hear Donald Trump's cybersecurity plan more than you do.

Enough with politicians kissing babies and talking about tax plans. Older Americans to want to hear about cyberattacks, cyber-defense, and cybersecurity, daggummit.

In a new poll conducted by Morning Consultant, a whopping 69 percent of Americans 65 and older wish that presidential candidates would talk more about how they’d better secure the country’s computers and networks.

The results come amid a stream of news stories of devastating hacks, with targets in the past year alone ranging from enormous corporations like Sony to sites with embarrassing personal information like Ashley Madison to major government agencies like the Office of Personnel Management (OPM).

There’s no magic bullet to prevent future hacks, of course, but as Morning Consultant notes, it’s not clear many presidential hopefuls are trying. Cybersecurity has not received attention during either of the two major Republican debates, and it’s gone largely unmentioned by the two leading Democratic candidates, former Secretary of State Hillary Clinton and Vermont Sen. Bernie Sanders. Only former Maryland Gov, Martin O’Malley, who’s polling at 3 percent in the Democratic race, and former Florida Gov. Jeb Bush—a Republican 2016 contender who was recently slammed as the “Ultimate anti-Internet candidate”—have formal cybersecurity platforms in place.

Younger generations are apparently less interested in candidates talking about cybersecurity. Only 49 percent of respondents overall felt it needed more attention in the presidential race. The people least concerned about the topic were between 30 and 44 years old, of whom only 43 percent said candidates should talk more about cyber issues. Responses were roughly the same among Republicans and Democrats.

Perhaps older people simply care more about online security. A previous study found that Yahoo users over 55 picked passwords twice as secure as their younger (25 and under) counterparts.