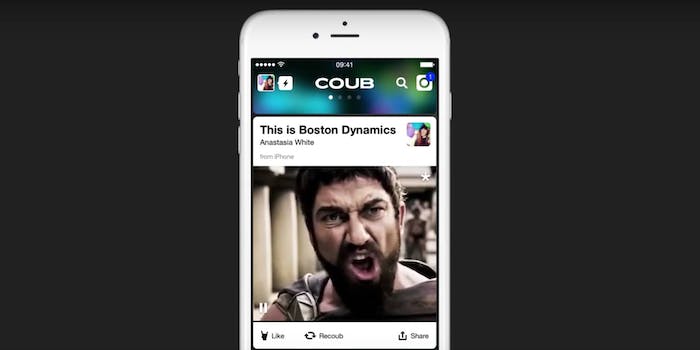 Coub wants to fill the Vine-shaped hole in your heart

Can Coub replicate the magic of Vine?

Now that Vine has passed on to the great six second loop in the sky, social media users are anxious for an alternative. Giphy is stepping in to try and fill the void and so is a shockingly similar service called Coub. Created the exact same year as Vine, the Russian app allows users to cull from YouTube, Vimeo, their own footage, and —you guessed it—Vine to craft looping videos up to 10 seconds long.

A former Coub employee touted its benefits in a Medium post shortly after Twitter announced it would cease updating the Vine app.

If you’re looking to fill that Vine-shaped hole in your heart, Coub might be a decent stopgap. Unfortunately, it’s been plagued by bugs and uploading issues. Users have complained about shoddy quality, coubs disappearing, and even arbitrarily being signed out of one account and into another.

For Coub to succeed where Vine failed, the social media service not only has to deliver to potential investors and make a profit but also deliver to customers. Coub’s got some helping hands to achieve those goals in the form of Y Combinator and a partnership with iFunny.

Only time will tell if the service rises to the occasion.