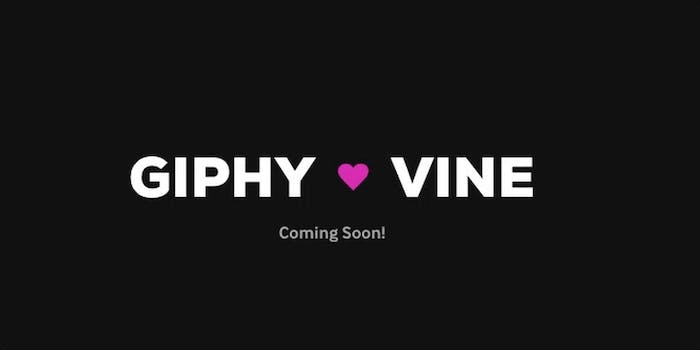 Giphy is trying to save all your vines

Giphy wants to save Vine. The Vine app will soon no longer update, but the company is allowing users to download their vines. And Giphy wants to be the first place you import that sweet, looping video to.

In a Medium post published on Friday, Giphy laid out its plans of a soon-to-launch feature that will allow users to import saved vines.

“Vine has committed to letting people download their Vines as well as keeping these visible on vine.co. We wanted to add another fun way for loops to live on. If you have a GIPHY account, you’ll be able to import your Vines with this new tool we just finished,” the post reads in part. “it’ll be launching very soon.”