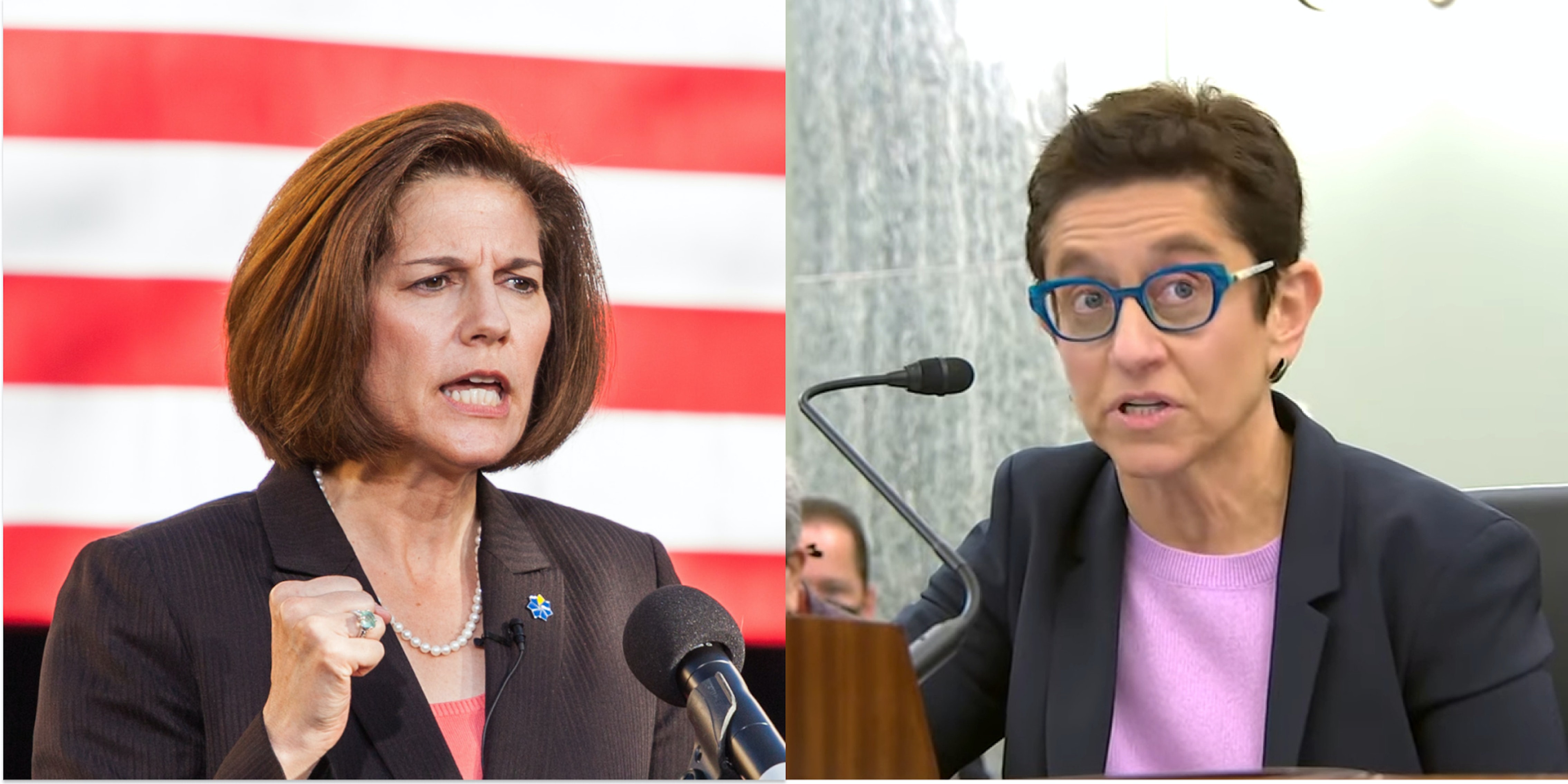 The senator has been silent on Sohn for a year.

But critics say one of the senators complaining about the shoddy maps is in part responsible for the dysfunction at the agency.

The agency’s new broadband map, released last November, is a notable improvement from the agency’s old, $350 million broadband map, which was widely criticized for overstating competitors, broadband coverage, and service speeds while failing to track a key obstacle to broadband access in the U.S.: price and affordability.

In 2020, Congress passed the Broadband DATA Act, which required the FCC to implement a wide variety of mapping reforms to help expand U.S. access to affordable broadband. But Sens. Catherine Cortez Masto (D-Nev.) and Jacky Rosen (D-Nev.) say the new map still doesn’t paint an accurate picture of the digital divide in their state.

“Despite a clear mandate from Congress, the draft maps are deeply flawed,” the two told the FCC in a letter this week. “As Senators representing Nevada, we are seriously concerned about the Nevada map’s accuracy and potential negative impacts on broadband infrastructure funding for our state.”

States are eager to take advantage of more than $50 billion in broadband subsidies looming courtesy of the American Rescue Plan Act (ARPA) and the Broadband Equity, Access, and Deployment (BEAD) Program embedded in President Joe Biden’s infrastructure bill. If the maps aren’t accurately outlining the problem, many states worry that the lion’s share of this money could be wasted or sent somewhere else.

But Cortez-Masto’s decision to speak up now is raising the hackles of broadband advocates and people close to the FCC. That’s because Cortez-Masto spent the lion’s share of 2022 doing two things: worrying about her midterm re-election campaign and stonewalling the nomination of popular telecom reformer Gigi Sohn to the FCC.

Without Sohn in place, the FCC still lacks the voting majority to implement any real meaningful reform or ensure a historic infusion of broadband subsidies is spent equitably.

Cortez-Masto failed to justify her opposition to Sohn’s nomination, only stating last December she had “concerns about previous comments about defunding the police,” and that past Sohn retweets indicated she had “serious animus” toward law enforcement.

But the claims Cortez-Masto cited greatly stretch the truth.

Sohn spent much of 2022 under attack by a broad coalition of telecom-industry-backed nonprofits that falsely accused Sohn of hating police, Hispanics, and rural Americans. The false controversies generated by the attacks prevented Sohn from getting the fifty-vote majority needed to be confirmed, just as the telecom and media industry intended.

The claim that Sohn has “serious animus” against the police was based on misleading claims by the Fraternal Order of Police, a longtime business partner of telecom giant AT&T. Sohn’s cardinal sin: liking a handful of tweets advocating for modest law enforcement reform.

Claims that Sohn was an enemy of the police were repeated by Cortez-Masto’s midterm election opponent Adam Paul Laxalt, who called Sohn a “far-left radical.”

Masto, seemingly worried that supporting Sohn could impact her re-election chances, then parroted the false claims herself despite ample evidence they were never actually true.

“Masto has some gall writing the still-deadlocked 2-2 FCC to complain that bad broadband maps will mean less money for her state in broadband grants,” Ryan Singel, a fellow at Stanford Law School’s Center for Internet and Society, complained on Twitter. “It’s literally her own fault.”

By law, whatever party holds the White House enjoys a 3-2 Commissioner majority at the FCC. Without that majority, the FCC has been unable to implement anything deemed remotely controversial by the agency’s Republicans or the industry the agency oversees. That has generally left the agency rudderless when it comes to telecom consumer protection.

Consumer advocates say the resulting gridlock has not only blocked the restoration of popular policies like net neutrality or media consolidation rules stripped away during the Trump administration but could delay or imperil the mapping reforms and the Biden administration’s massive new broadband subsidy plans.

“This is not, of course, much of a problem for the giant ISPs lobbying hard to keep Sohn off the Commission,” Harold Feld, a lawyer at consumer group Public Knowledge recently argued. “For them, the BEAD program is more of a threat than a money maker, since the money will go to places the largest ISPs don’t want to serve.”

Nevada isn’t alone in its concerns about flawed FCC maps. Numerous other states, including Vermont and New York, expressed concern about map accuracy. They’ve also lamented that they’re not being given enough time to adequately challenge industry coverage claims.

Years of FCC dysfunction on the subject prompted many states to map broadband themselves. Vermont state data indicates that roughly 18.6% of state residents still lack access to any broadband whatsoever. In contrast, the FCC’s updated map claims that just 3% of Vermont residents lack access to broadband.

“These clear discrepancies may result in our state losing millions of dollars in federal funding through the Bipartisan Infrastructure Law that are critical to ensuring we are providing essential broadband service to Nevadans, as well as limiting the areas OSIT [Office of Science, Innovation & Technology] can invest federal dollars,” Cortez-Masto added.

Consumer groups say Sohn’s presence will be essential as the FCC and NTIA work to ensure billions in broadband subsidies are distributed equitably. Masto’s opposition to Sohn, and her repetition of false claims made against the nominee, contributed to the problem, Singel says.

“The maps could be fixed with a Dem FCC majority,” Singel noted. “It’s a top issue for Gigi Sohn, who Biden nominated in 2021. But Sohn still isn’t confirmed in no small part because Cortez-Masto refused in 2022 pre-election to say she’d vote yes on Sohn. And she still hasn’t.”

The midterms, and specifically the midterm victory by Sen. Rafael Warnock (D-Ga.), changed the equation, prompting the Biden administration to renominate Sohn earlier this month. With Warnock’s vote, the Biden White House believes they now have the fifty votes needed for Senate confirmation, assuming Cortez-Masto and Kelly don’t continue to stand in the way.

But the renomination also means Sohn will now be subjected to a wave of new hearings, as well as a new wave of attacks by U.S. broadband monopolies keen on avoiding competent oversight.

Putting her on the FCC could still take a long time, meaning correcting maps and distributing funding—Cortez-Masto’s chief concerns—will be even further delayed.

It’s a problem Cortez-Masto could have helped rectify a year ago.

Cortez-Masto did not respond to a Daily Dot request for comment.