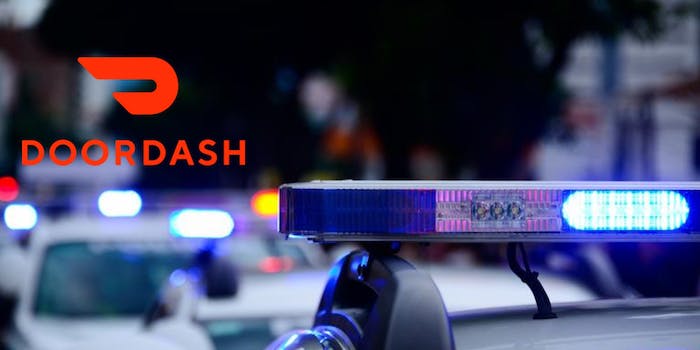 Not everyone is impressed by the officer's actions.

Police in Texas are proudly letting the public know that one of their officers was able to carry out a DoorDash delivery after arresting a gig worker.

In a Facebook post on Thursday, the Killeen Police Department applauded in an emoji-filled statement the actions of an Officer Metcalf, who the department said arrested a delivery driver with an outstanding warrant.

But the department’s post is receiving mixed reviews. One top-rated comment suggested that the department should stop attempting to flaunt what it believes to be its “good deeds.”

“Officer Metcalf was thoughtful, however true good deeds need not be advertised by KPD to enhance their image though an information campaign designed to do so,” user Pete Stanonik said.

Others argued that although the reason for the warrant wasn’t specified, police should have let the driver finish the delivery himself.

“Not knowing what the warrant was for, some of y’all are assuming the worst,” user Jeanne McCrary added. “It could have been for non-payment of a traffic ticket, so let’s not panic about delivery people just yet.”

One user argued, however, that the officer did in fact deserve praise and criticized others commenting for being negative.

“We cant just recognize a good deed. Y’all just have to find something negative. Head up, life can be positive its just up to you to make it that way,” Kristin LR said. “Thank you every officer for your daily sacrifice. Don’t bother commenting your stupid negative comment, its not welcome here. Have a great day everyone!”

Given the current political divide surrounding law enforcement, it’s not entirely unsurprising that such an incident would spur a wide range of responses.