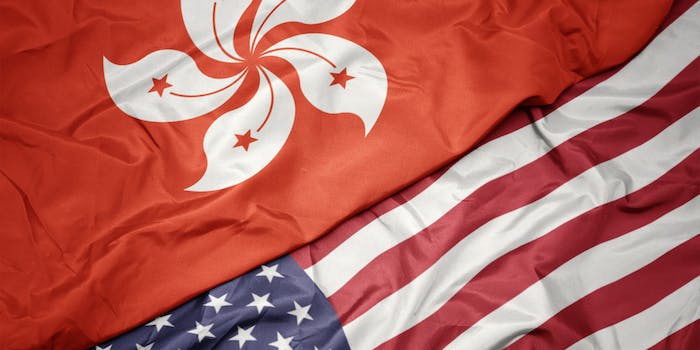 China is pressuring the president not to sign it.

After passing unanimously in the U.S. Senate yesterday, the Hong Kong Human Rights and Democracy Act of 2019 awaits only approval from President Donald Trump to become law.

Designed to try and safeguard Hong Kong’s autonomy, the human rights of its residents, and to enable them to create an increasingly democratic territory, the bill promises that any criminal charges related to the ongoing pro-democracy protests will not be held against those convicted when applying for visas.

"The United States must make clear that we continue to stand with #HongKongers fighting for their long-cherished freedoms." — Sen. Rubiohttps://t.co/Z140LUNxrs

It also requires the president to identify those responsible for the suppression of basic rights and freedoms in Hong Kong as well as the disappearances of booksellers and journalists, and to bar said persons from entering the U.S. while freezing their American assets.

Additionally, the bill puts into place further monitoring to make sure Hong Kong isn’t being used by China to evade U.S. and U.N. sanctions and stipulates that the president must create a strategy to protect U.S. nationals and businesses from the Fugitive Offenders Ordinance, which allows the extradition of prisoners from Hong Kong to China.

The Chinese government has already reacted negatively, saying that any such interference would violate international law and have negative effects on both U.S.-China relations and the U.S. economy. An unnamed Foreign Ministry spokesman, as quoted in the Hong Kong free press, said that China would “take effective measures to resolutely fight back” against the act.

Foreign Affairs Committee of the NPC firmly opposed to the passing of the "Hong Kong Human Rights and Democracy Act" pic.twitter.com/6YYrvag9Iy

China Daily, an English-language newspaper that bills itself as “Inspiring constructive dialogue between China and the U.S.,” but which is owned by the Chinese government, put out a video designed to discredit the bill by comparing it to Iraq, Afghanistan, and police brutality within the U.S.

Look what US did in the name of democracy. #HongKong #香港 pic.twitter.com/4tqWQa1QKL

There’s little support for this message, however.

The totalitarian regime trying very hard to destroy Hong Kong in the past 22 years, freedom, rule of law and Hongkonger are the keys to Hong Kong’s success, which the thuggish regime never respect #SOSHK #soshongkong #antitotalitarianism pic.twitter.com/ByTPh7wIZS

All they do is lie, cheat and steal. They can’t possibly think Anyone is buying that. They are like children, blaming others for all of their problems and never admitting wrongdoing. Im at the point where I hope trump just dials up the pressure and breaks them!

As of press time, the bill is with the president, and despite the opposition from China, he is expected to sign it.