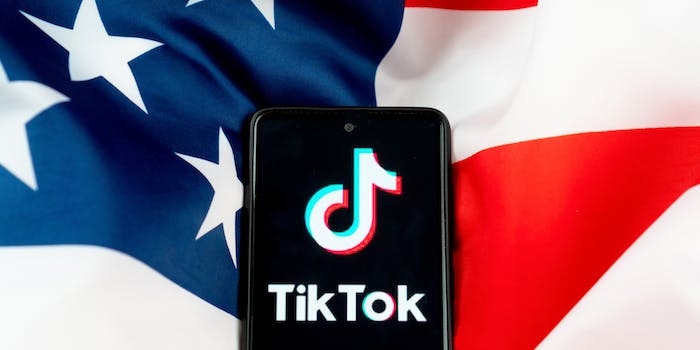 In a letter sent to TikTok CEO Shou Zi Chew—and shared on Twitter by Carr, who has long demanded TikTok be investigated—the ranking members of the House Oversight and Energy and Commerce Committees allege the company’s U.S. employees had to request sensitive user data from their Chinese counterparts.

Previously, TikTok told Congress all U.S. data was stored in the U.S. or Singapore, a statement that appears to be at odds with recent findings. The letter cites a BuzzFeed News article that examined leaked internal meeting audio where TikTok employees discuss U.S. information in China.

“If true, not only did TikTok misrepresent or provide false testimony about its data management and security practices, but it has placed the safety and privacy of millions of U.S. citizens at risk,” the letter said.

The letters are signed by the two ranking members of the committees, Reps. Cathy McMorris Rodgers (R-Wash.) and Rep. James Cormer (R-Ky.). Ranking members do not have subpoena power, meaning they likely cannot force TikTok to comply with this request. McMorris Rodgers did not immediately respond to a request for comment.

The representatives reference a law in China that they say requires companies to “support, assist, and cooperate with state intelligence work” which could mean that TikTok would be forced to supply the Chinese government with sensitive user data if requested.

“Unequivocally, the data collected by TikTok on U.S. users, such as browsing and search history, biometrics, location data, and other metadata, would be a massive national security risk in the hands of [Chinese Communist Party] intelligence,” the letter said.

The committees requested a slew of documents from the company, including internal communications and documents mentioning TikTok and parent company ByteDance’s data storage practices. The committees also requested that TikTok “make arrangements to brief our Committees’ staff no later than July 21, 2022” on data sharing practices.

The move follows increased scrutiny of TikTok’s security and data practices from the U.S. government after the release of the BuzzFeed article.