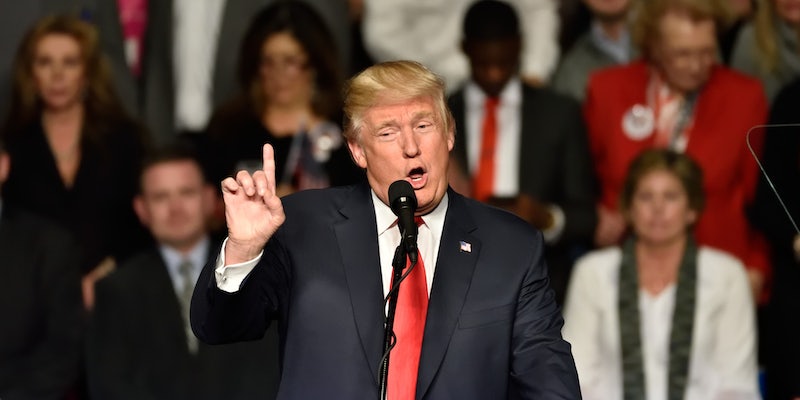 CNN accused Trump of conflating its reporting with the unsubstantiated documents released by BuzzFeed.

The biggest political news story of the past 24 hours was likely doomed from the beginning.

Speaking at his first press conference since the election, President-elect Donald Trump on Wednesday bashed CNN, rebuking the news network for a report asserting both he and President Barack Obama had been briefed on claims that Russia had compromising personal and financial information about America’s next president.

CNN’s story, which focused primarily on an exchange of information between top intelligence officials and the Trump transition team, did not report out the details of the allegations, which include accounts of “perverted sexual acts.” Those details were revealed later by BuzzFeed News when it a published a full copy of a dossier, reportedly compiled by a former British intelligence operative.

The uncorroborated details contained in the memos describe Vladimir Putin’s government assisting and supporting Trump as far back as five years ago. They also include unverified allegations that Russian intelligence possesses compromising information about Trump, which the memos claim may be deployed in efforts to “blackmail” him.

The dossier contains a number of factual and grammatical errors, suggesting, perhaps, that it was a preliminary copy not intended for official use. According to multiple reports, a former British agent generated the memos as opposition research against Trump, shopped first to GOP rivals and later to Democratic nominee Hillary Clinton’s campaign.

“I think it’s a disgrace that information that was false and fake and never happened got released to the public,” said Trump on Wednesday, criticizing U.S. intelligence agencies whom he said “allowed” the information to be released. (The dossier has been circulating among journalists for weeks at least, and the Clinton campaign reportedly provided it to David Corn, the Washington bureau chief for Mother Jones, in October.)

CNN’s story, which was co-authored by Watergate reporter Carl Bernstein, claimed that Trump and Obama were “presented” with a two-page synopsis of the allegations—not the full 35-page dossier published by BuzzFeed.

While taking questions on Tuesday, Trump referred to BuzzFeed as “a failing pile of garbage,” and he later refused to field a question from Jim Acosta of CNN, which he described as going out of its way to build up the story. “You are attacking our news organization, can you give us a chance to ask a question, sir?” Acosta asked.

Here's the exchange where CNN's Jim @Acosta tries to ask Trump a question and the President-elect refuses pic.twitter.com/LlwmhPj5w3

Sean Spicer, who will be Trump’s White House press secretary, also lumped BuzzFeed and CNN together, characterizing their reporting as “a sad and pathetic attempt to get clicks.”

In a statement on Wednesday, CNN defended its reporting and accused Trump of conflating its story with the unsubstantiated dossier released by BuzzFeed. The Trump team, CNN said, “are using BuzzFeed’s decision to deflect from CNN’s reporting, which has been matched by the other major news organizations.” CNN added it that it was “fully confident” in its reporting, which it described as representing “the core of what the First Amendment protects, informing the people of the inner workings of the government.”

.@Acosta reports on air that @seanspicer threatened to throw him out of the presser if he pushed for a question again.

“Given that members of the Trump transition team have so vocally criticized our reporting,” CNN said, “we encourage them to identify, specifically, what they believe to be inaccurate.”

On Wednesday morning, NBC News appeared to contradict an essential element of CNN’s story, citing a senior intelligence official who claimed Trump was not informed about the unverified reports of the compromising details. Two U.S. officials, whom NBC also granted anonymity, said the two-page addendum was included, however, in materials prepared for Trump last week by top intelligence officials. But, according to the senior official, Trump was briefed orally, and the damaging allegations were not discussed.

NBC also reports that the intelligence officials did not provide the Trump team with a copy of the addendum—meaning it is possible Trump was unaware of the dossier until after its existence was revealed in the press.

“Intel and law enforcement officials agree that none of the investigations have found any conclusive or direct link between Trump and the Russian government, period,” the senior official reportedly told NBC.

“I’m not going to give you a question. You are fake news.”

Shortly after CNN’s report on Tuesday, which was carried on air by anchor Jake Tapper, BuzzFeed published the full dossier from which the two-page report prepared for Trump originated. BuzzFeed decided to publish the original document in full, it said, so that “Americans can make up their own minds” about the allegations. The decision subsequently triggered a debate over media ethics.

Ben Smith, editor-in-chief of BuzzFeed, acknowledged in an email to his staff late Tuesday that there were serious doubts about the veracity of the documents. The go-ahead was given, said Smith, because “publishing the dossier reflects how we see the job of reporters in 2017.”

“Our presumption is to be transparent in our journalism and to share what we have with our readers,” Smith said.

At some point on Tuesday night after BuzzFeed published the dossier, it was apparently replaced on the website with a second version containing multiple redactions not originally present, including censorship of a phrase describing multiple attributes of an alleged source; if the source described in the report does exist, and if the details revealed about them are accurate, Moscow could potentially use the information to narrow down a list of suspects.

Investigative journalists at multiple news agencies, however, claim they attempted to verify the documents and were unsuccessful—presumably, this includes several failed attempts to identify the source, despite the specificity with which he or she was described.

As many as 31 sources are described in the report, with roughly 10 offering first-hand knowledge, according to a dissection of the dossier by national security reporter Marcy Wheeler.

White House press secretary Josh Earnest on Wednesday also criticized Trump for his lack of transparency and past remarks propagating “birther” conspiracy theories that Obama was not born in the United States. Earnest noted that the Trump transition team has made no effort to disprove the allegations contained in the dossier, opting for an all-out assault on the media instead.

“There’s ample evidence they could marshal to make public, to refute those claims, those accusations they say are baseless,” said Earnest, “but they refuse to do so.”