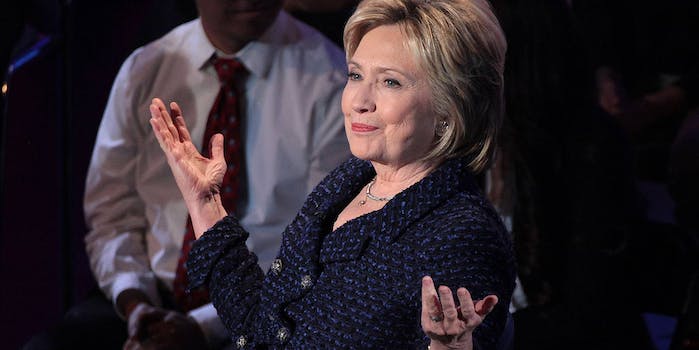 However, not all Twitter maelstroms are created equal. According to a sentiment analysis conducted by social media analytics firm Spredfast, the social media conversation about Clinton’s speech at the Democratic National Convention was 44 percent more positive and 22 percent less negative than it was when Trump spoke at the Republican National Convention.

Democrats didn’t just beat Republicans in terms of nice things people on Twitter said about their nominee—typically seen as the single most important electoral metric among people who only interact with other human beings via Twitter—but the entire Democratic convention received far more social media attention than did the Republican one. 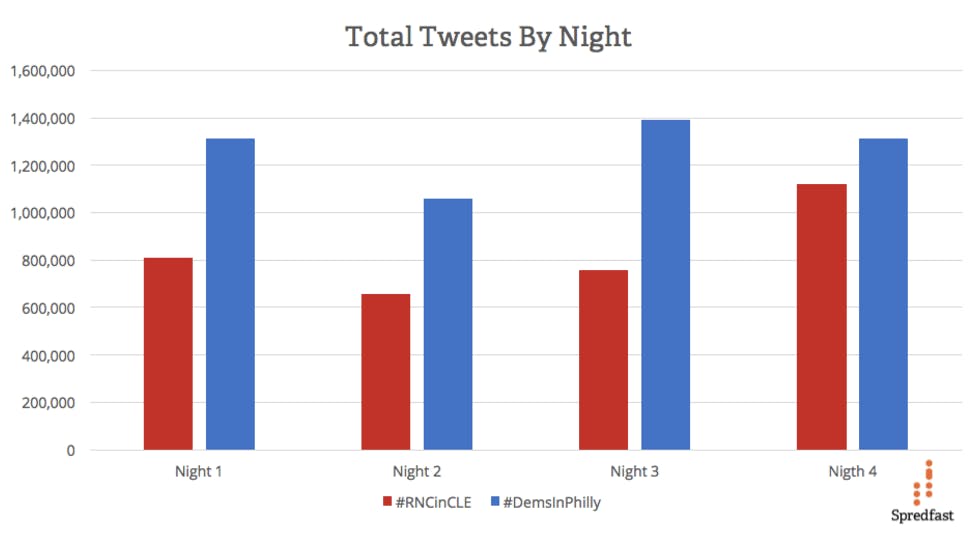 Whether this social media activity will amount to a significant convention bump remains to be seen. Going into the Democratic convention, the statistical model compiled by FiveThirtyEight stats wizard Nate Silver showed the billionaire real estate magnate with a lead.